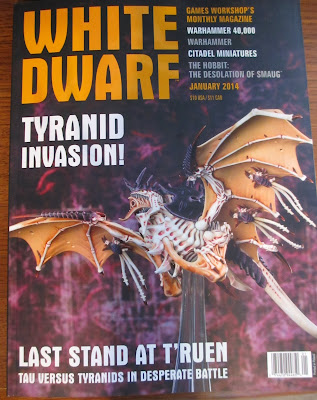 The January White Dwarf has arrived and so has our first (official) glimpse at the new and hopefully improved Tyranids. Some very pretty pictures in the sales pitch zone at the front of the magazine. 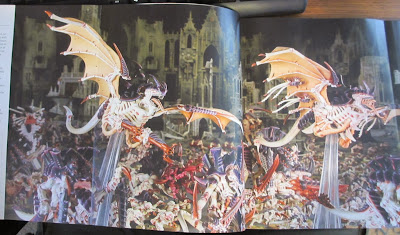 The flyer kit looks pretty sweet with parts to build either the troop killing Harpy or the anti-air Hive Crone. Two different heads, carapace, tails, and a couple of weapon options should give this lots of building options. 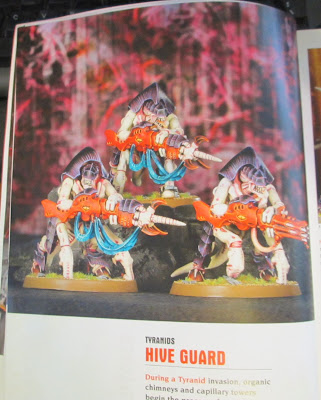 The Tyrant/Hive Guard box has options for two different guns, and lots of close combat options for the Tyrant Guard including crushing claws, boneswords and lashwips. They stand just a bit taller than Warriors, so they finally look big enough to do their job. 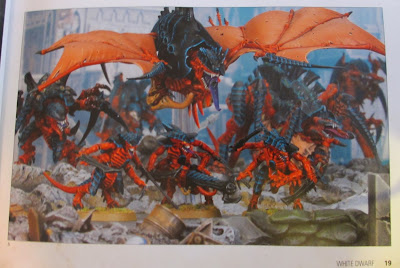 At long last the Warriors have gotten all of their options into the box, plus parts to make a Tyranid Prime.  I just hope the new rules make them the backbone of the army they should be. 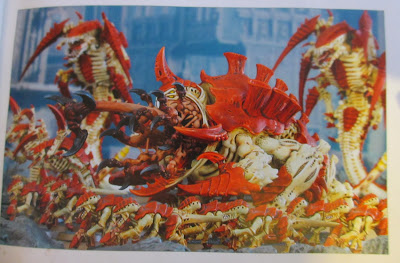 The "medium" size new monsters should be fun. I am so happy GW reached back into Epic lore and gave us The Exocrine and Haruspex. I'm fine that they have be given legs now and are no longer "Killer Slugs" that they were back in the Epic times. I do like they way they both look, but the Haruspex does have a certain manga-tentacle horror to it.

The battle report is substandard with no FOC and not much real info so it is hard to get a good feel for any changes. It was nice to see that a Carnifex brood that has different options within it. At one point in the battle Old One Eye was "Regaining wounds faster than the Riptide can cause them", I don't know what that means in game terms, but I am intrigued.

I am so looking forward to then new Codex and models next week. Time for a new campaign. 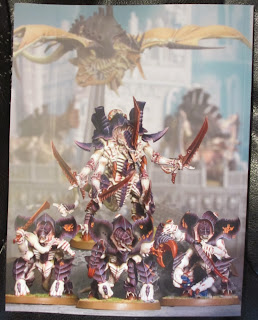 The Hive Mind Draws Near
Guess Who is Dinner?

Posted by Marcus the Blackheart at 4:14 PM