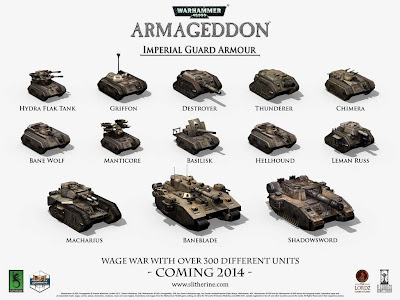 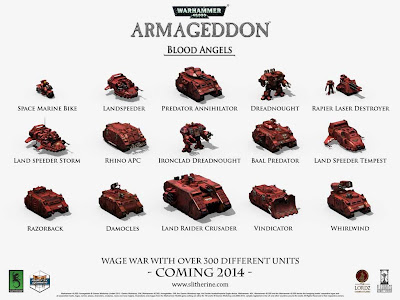 Many, many more units to come. Including "The smaller Titans and Stompas" No other game details yet other than it is a new hex based game engine. I really enjoy Panzer Corps, so I have faith this will be good. Even though Blood Angels currently cannot take Ironclad Dreadnoughts or Land Speeder Storms, it makes sense to me that they would have access to those units. More information as it is released.

Posted by Marcus the Blackheart at 10:46 AM 3 comments: 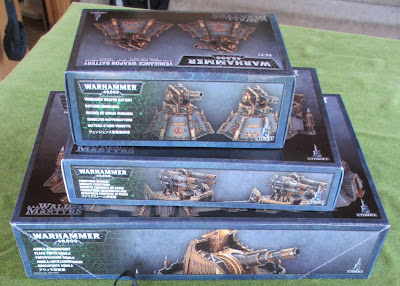 Apocalypse 2.0 is upon us in all of its over the top glory. Today let's look at the the three new scenery kits.
Yes it is more Imperial stuff, but 40K is the story of the Imperium of Man vs. a galaxy looking to crush it. I do hope some xenos terrain comes out sooner than later, but I would rather have a full set of Imperial choices and then move on to another race, and you can always fight in the ruins of the Imperuim. 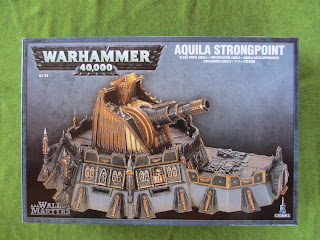 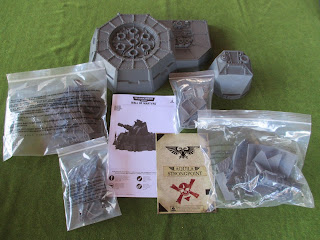 As being the largest kit, I was expecting a ton of parts like the Fortress of Redemption. But no! With these three kits GW has done something totally different. The large base and turret are all one piece and all the parts are off the sprues and in ziploc bags. And a rules pamphlet. Very unusual. I have not heard why the dramatic changes were made in packaging, but I will hazard a guess or two: It makes the size of the box smaller and lighter, and they are just re-using the plastic in the sprues. Maybe. 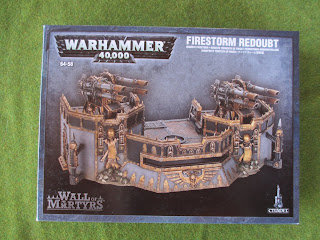 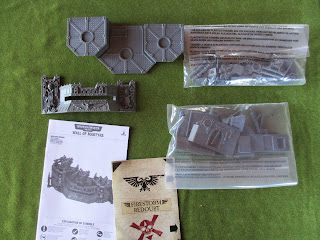 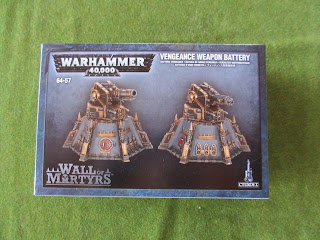 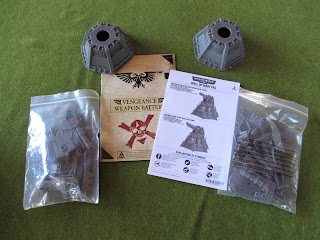 The other two kits have similar packaging. Big parts, no sprues, and rules. The models go together very easily with only minor trimming. The weapons are interchangeable, so you can have the quad lasers on the Vengeance turrets and Battlecannons & Punishers on the Redoubt or any combination.

They all link up perfectly with the Wall of Martyrs Defense Line & Emplacements as you would hope. The Vengeance Turrets being the only the exception, as they were designed to stand alone.

Time to break out the spray paint and get these ready for our first Apocalypse game.

The Emperor Protects
AV 15 is good too.


Posted by Marcus the Blackheart at 12:22 PM No comments: