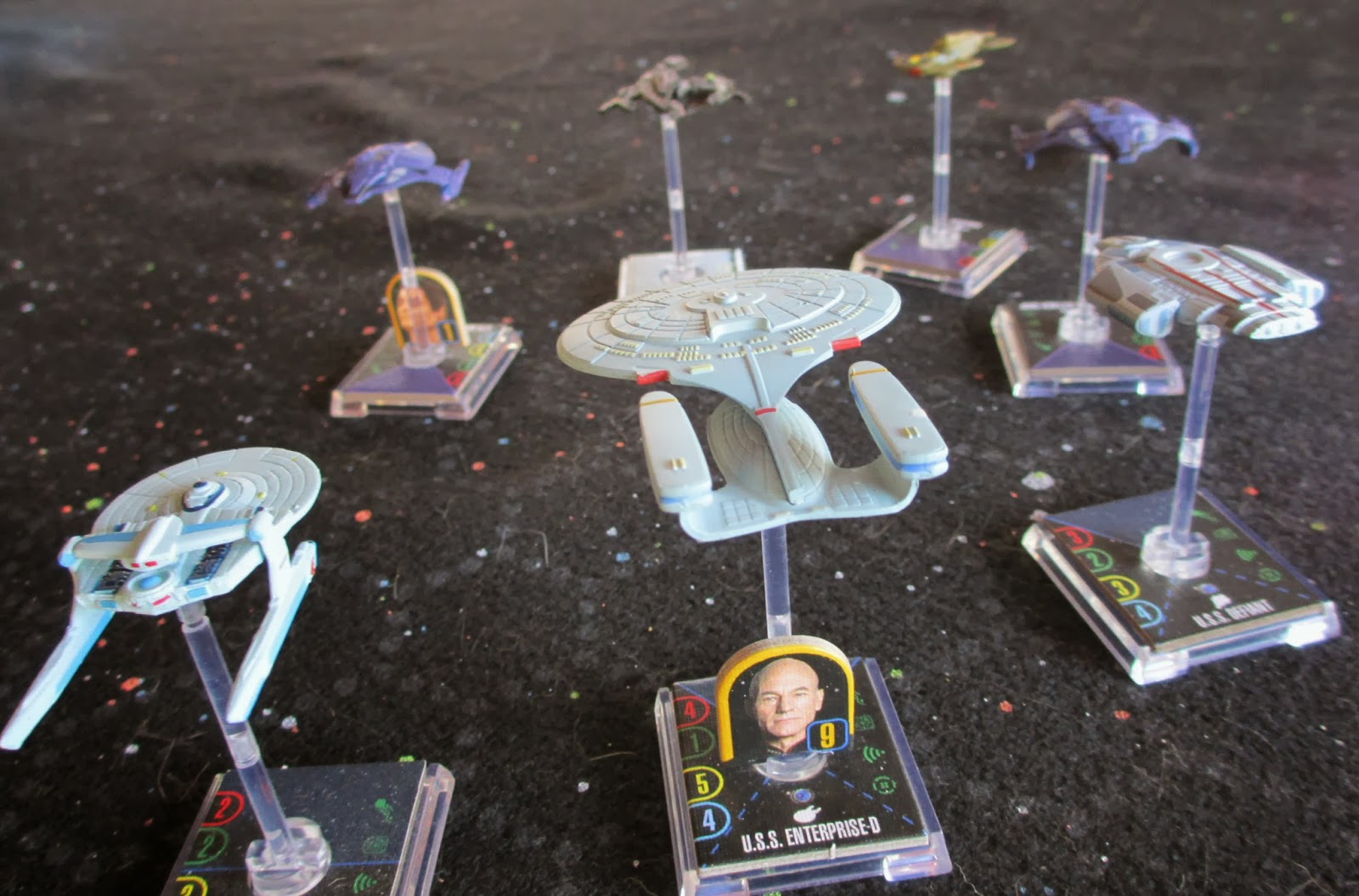 While we wait for the new Tyranid Codex to arrive, let's talk about a different game, Star Trek Attack Wing. It has been a while since the two big sci-fi franchises have had a good space combat game. Star Wars got theirs in the form of the excellent "X-Wing" by Fantasy Flight, and Star Trek got "Star Trek Tactics" by Wizkids, based on the Heroclix system.

I am big fan of Fantasy Flight's X-Wing game and was really disappointed in Wizkids' terrible Star Trek Tactics. Fortunately Wizkids had a smart attack and licensed X-Wing's "Flight Path" game system for another try at a Star Trek game. It was a great fit and what we got is a fun and fast playing Star Trek starship combat game.

The smart attack didn't cover everything. Instead of making a few new sculpts for ships that really needed it, they just re-used the Heroclix models. In some cases, like the Romulans and the Dominion fleets, they are fine and the paint jobs are serviceable. The Federation ships are nice models with okay paint jobs. It's just too bad they went went with light blue instead of grey. The hack job they did on the Klingons we cover next time. 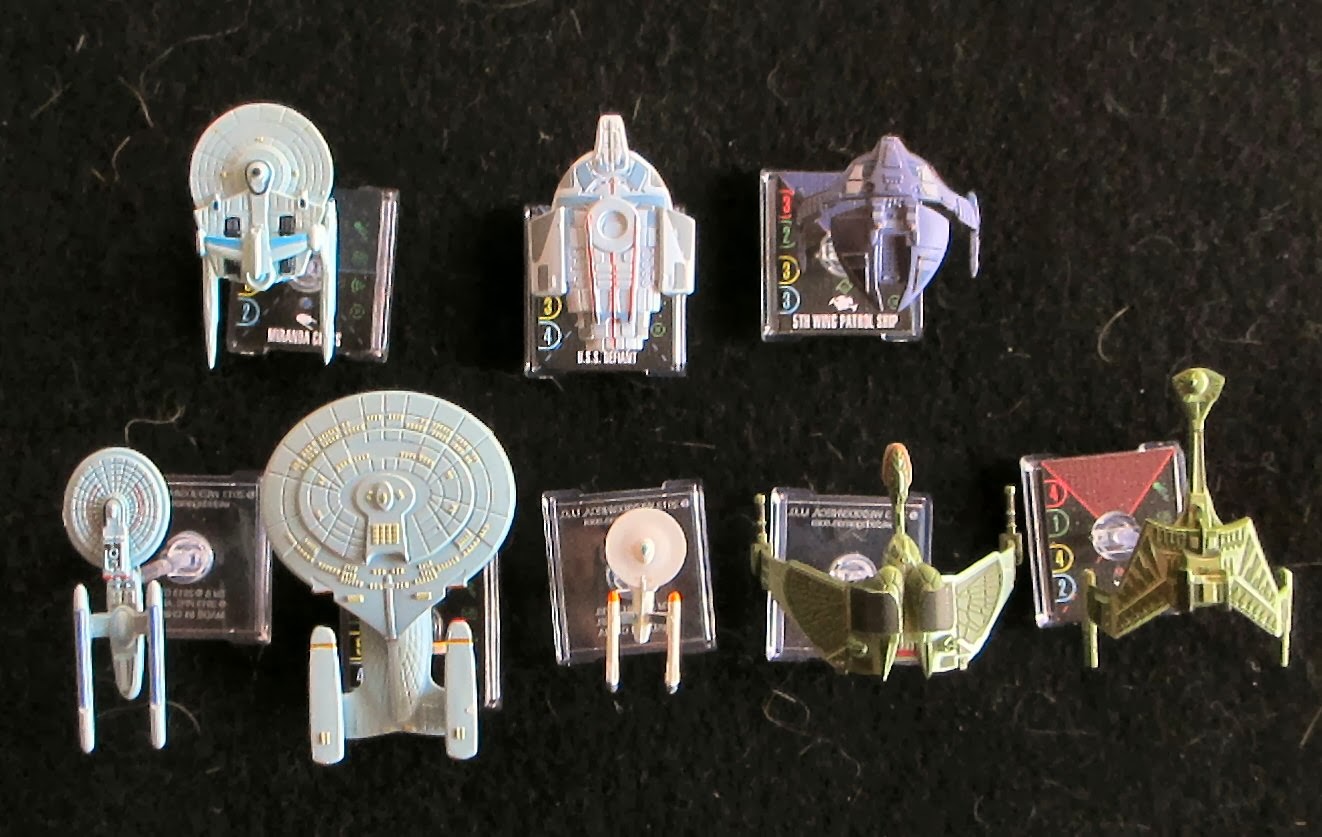 The most visible problem is that of scale. The (in)famous Bird of Prey is a fine model, just far too big next to the other ships. The Enterprise from the original series is in scale with the Enterprise-D, just not anything else. I don't want perfect scaling here (like X-wing did) but just some relative scale would have been great.

Enough with negative side. Star Trek Attack Wing is a lot of fun to play. It is obviously similar to X-Wing, but there are lots of minor tweaks that give it it's own flavor. The average game will take between 45-90 minutes to play out. One of the things that Attack Wing does better that its sibling is each ship expansion comes with a mission card, so is there is good variety if you don't feel like the 100 point line up and kill.

We will be giving this game a lot of coverage this year, starting next week with my Klingon fleet repaint.

Go Roll Some Dice
In Spaaaace

Posted by Marcus the Blackheart at 3:20 PM