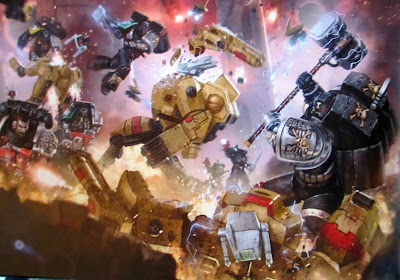 The book I never thought would happen is in my hands. Codex Deathwatch. Upon a fast skim through, it is everything I wanted, plus a side helping of damnnn. Making Deathwatch its own army is an interesting choice to begin with, previously only being available as an allied squad. 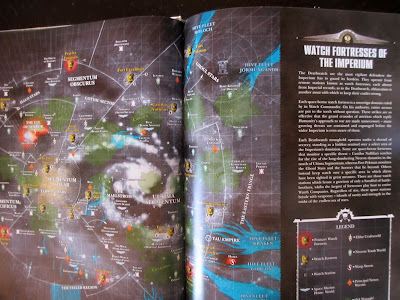 The lore does support Deathwatch heading out en mass to deal with a threat that a small team could not. The heart of the army (and the only troop choice) is the Veteran squad. Talk about options. Anybody can take any ranged, melee, or special weapon. Plus up to four heavy weapons. Yikes.
Of course this will make the squads get real expensive real fast. Especially if you add the new fancy Corvus Blackstar Dropships as a transport. Which I will. 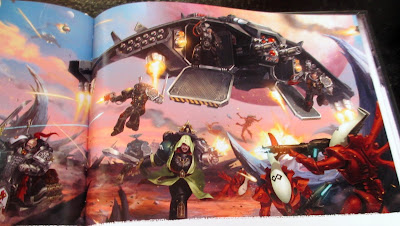 Terminators, Vanguard Vets, and Bikers (no attack bikes) round out the infantry types. All of those squads are limited to five models. Regular and Venerable Dreadnoughts are available as Elites. All three types of Land Raiders make up the only heavy choices. Some really unique wargear are available, such as the amazing Deathwatch Frag Cannon, Heavy Thunder Hammer, and Infernus Heavy Bolter. And so many different formations. 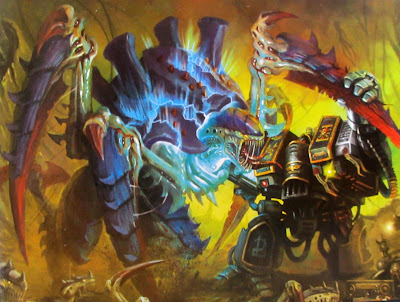 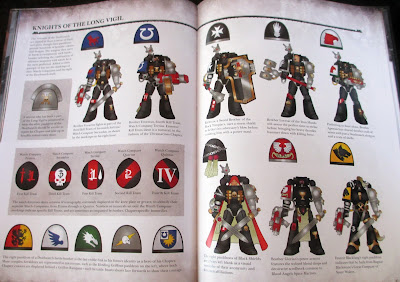 Overall it is a very nice book. Lots of good artwork, lots of pictures of well painted models, good history and fluff. I'm going to have a long look at all the game stuff this weekend as I plan out my army.


Death to the Xenos
Not Just the Ugly Ones. All of Them.

Posted by Marcus the Blackheart at 4:13 PM No comments: 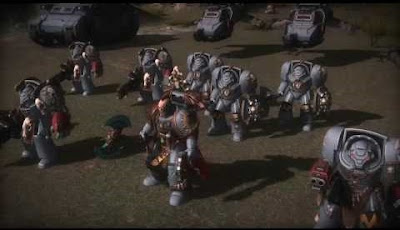 It looks like we are finally getting a turn based 40K game again! Not a lot of info at the moment, but it is turn based fun with Space Wolves, Orks, and Imperial Knights.
It promises a long campaign and a skirmish mode. Thirty plus units and heroes. Units can be leveled up and be carried over between battles. Sounds great! 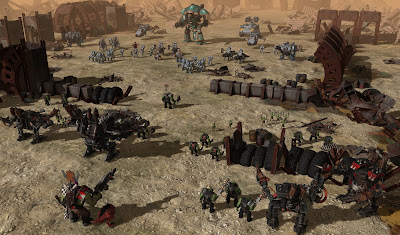 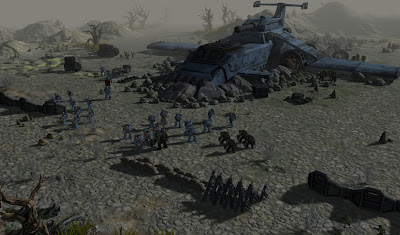 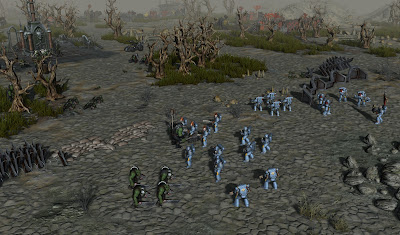 It's been a very long time since Chaos Gate, by SSI, the last squad sized, turn based 40K game. I have high hopes for this one. It has a November release date at the moment. 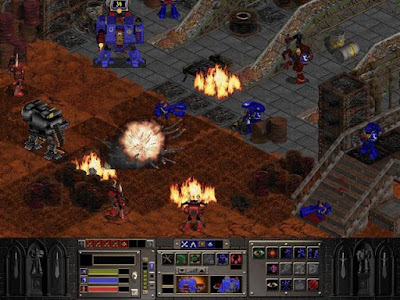 For Russ and the All-Father!
Death for the Pixel Xenos!
Posted by Marcus the Blackheart at 4:43 PM No comments: