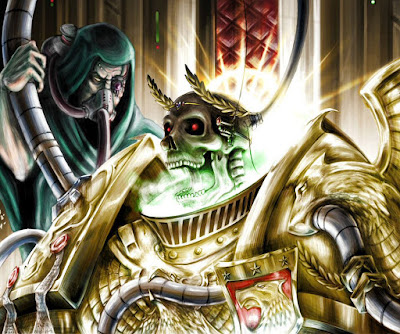 On this very day around 38,000-ish years ago He came into existence. The legends say He is a collection of powerful shamans reincarnated into a single super-soul to combat Chaos and guide mankind.

Everything went really well for a time, but you know how family squabbles can get out of hand.

I'm a bit worried about him. He used to do so much, now he just sits around with his weird friends and watches re-runs of "My Twenty Eighteen Sons". He should get out more often.

In honor of His day, tomorrow we shall have a day of killing heretics and xenos!
And cake. Can't have a birthday slaughter-fest without cake.

The Emperor Protects
Today is Tough on the Candle Lighting Servitors 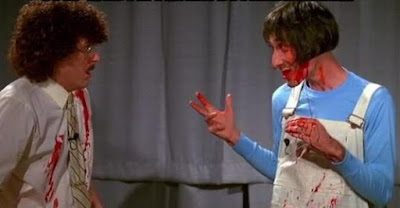 I have a problem. Well, lots of them, but we don't have time for that right meow.
Recently I have become a huge fan of ink washes and texture paints. Citadel knows of my needs and started making them in larger paint pots. Which is great, except for they can be a bit unstable. 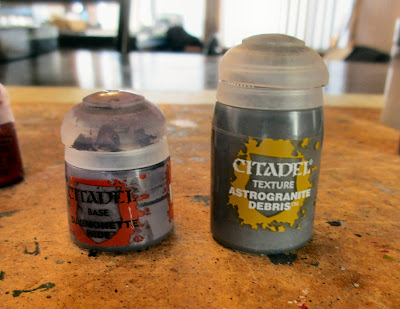 I'm just not used to the taller bottles, I have been knocking them over with alarming frequency.  They are very easily tipped over with the lids flipped up. 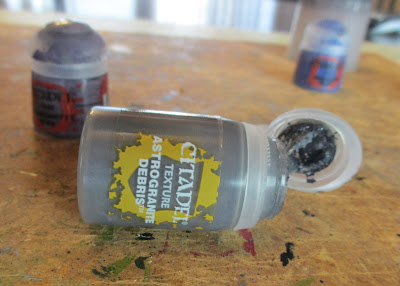 This doesn't really matter with the texture paints as they are far too thick to spill any material in a reasonable time frame. Like, hours if not days. This is not true of the ink washes. I have knocked over the tall bottles and spilled a whole bunch of ink. Several times. I only had to re-paint two figs, but used a lot of paper towels.

I needed a way to minimize the damage. If only I had some kind of wide base to put the bottles in...

My lovely and talented wife, Mrs. Blackheart, has recently purchased a 3D printer-bot. She is rapidly progressing on its use. I explained my problem and proposed my solution to her and within a few hours she gave me this: 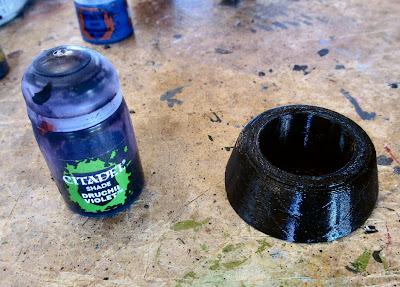 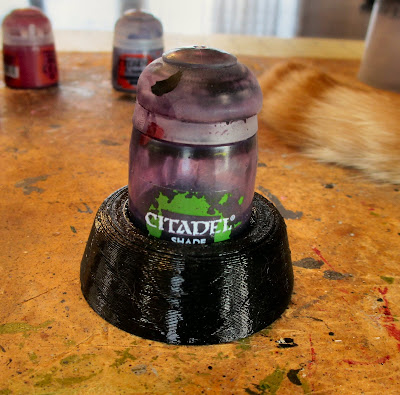 It works great! The new base provides enough stability to prevent a glancing blow from knocking over the top heavy bottles. The day (and ink) is saved!

3D Printer Servitors Are Your Friends
Surely They Will Never Rise Up and Kill Us All.


Posted by Marcus the Blackheart at 11:08 AM No comments: 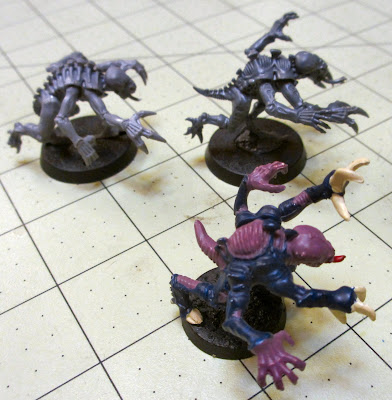 So do you know what a Genestealer Cult army really needs? Yes! Genestealers. The big question for me was, what kind of 'stealer? There are a few variants to pick from. The olde tyme Rogue Trader metal body with plastic arms, the 1st edition Space Hulk/2nd edition 40K era plastic ones, the newer more Hive Fleet looking 'stealers (5th edition?), or the brand new Overkill version.

I have three of the kinda terrible and small metal Genestealers, so that is not really an option. The Overkill 'stealers are by far the best looking of the bunch, but I had only four of those. I do have just shy of a zillion of the other plastic versions. So I did a lineup to compare and contrast.

The Overkill version is on a 32mm base, which works well for the whole big arms thing 'stealers do. I put the 5th edition one on a spare Blood Bowl slotta base which is 32mm. Then I tossed in a 'stealer from my old Space Hulk set. 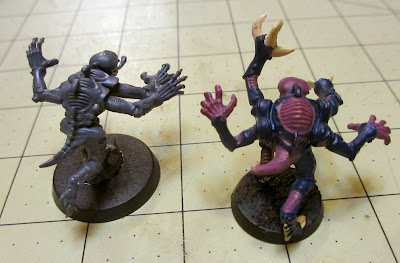 I liked how the Overkill and Space Hulk 'stealers looked like they were related to the Patriarch. So the 5ed Genestealer was out and the Overkill ones were in.

The Overkill Genestealers are a bit hard to come by. I traded for a few, and won a couple of auctions on eBay to bring my total up to ten. I decided to use ten of the older Space Hulk minis to fill out my force of twenty. Oh yes, this little project was getting a bit crazy.

I carefully cut the 25mm bases off and put the old timers on new 32mm bases. Then they got a repaint. I was worried the new coats of paint would pile up and make a blob-like 'stealer, but I managed to thin the paints enough for this not to happen. 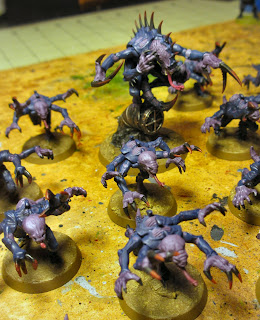 The end result was a bit of crazy went a long way. The force of twenty looks great as a cohesive unit, and like they belong with the Patriarch. 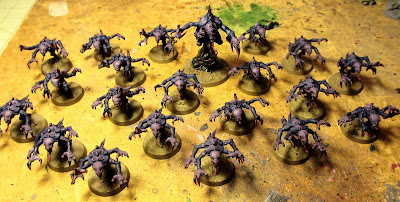 It's that what a good Cult is all about. Belonging. That, and bathing in the blood of the unbelievers.

Blessed Are the Void Kindred
Don't Question the Starry Wisdom