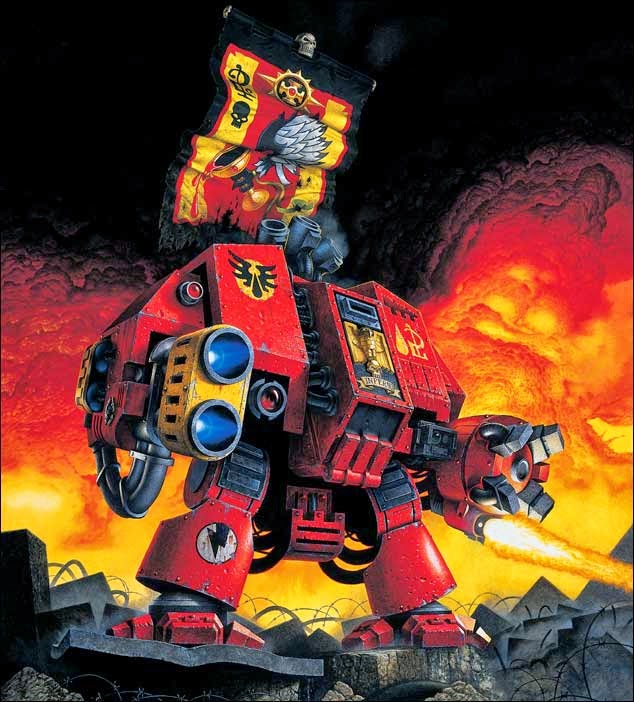 Everyone's favorite space vampires are back! The boys in red got a serious FOC readjustment. This brings the Blood Angels back in line with the fluff, that they are a Codex Chapter with just a few quirks. They like to get up close and personal, but aren't made out jump pack troops.

Here is a quick run down of the big changes that jumped out at me.

Everybody that isn't a tank or speeder has Furious Charge. Oh. Yeah. No more rolling for Red Thirst.

The Baal Strikeforce FOC is 1 HQ, 2 Troop, 1 Elite compulsory and the regular optional choices. Which means you can have 4 Elites in your force. The Command Benefit: Red Thirst, +1 Initiative on the turn any unit charges. Very stabby indeed.

HQ
Lord Dante and Master Seth are in the Lord of War slot. Dante got some nice buffs, Eternal Warrior, and his Axe of Heretic Smiting is now +2 Strength, Master Crafted.

Librarian Dread is now a HQ. The Sanguinary Priest is a HQ and a single model with two wounds and Ld 10. Brother Corbulo is a seperate choice. Captain Tycho has two profiles (again), and the Techmarine now a HQ choice. The Reclusiarch is gone, and the 2 wound Chaplain moved to HQ. 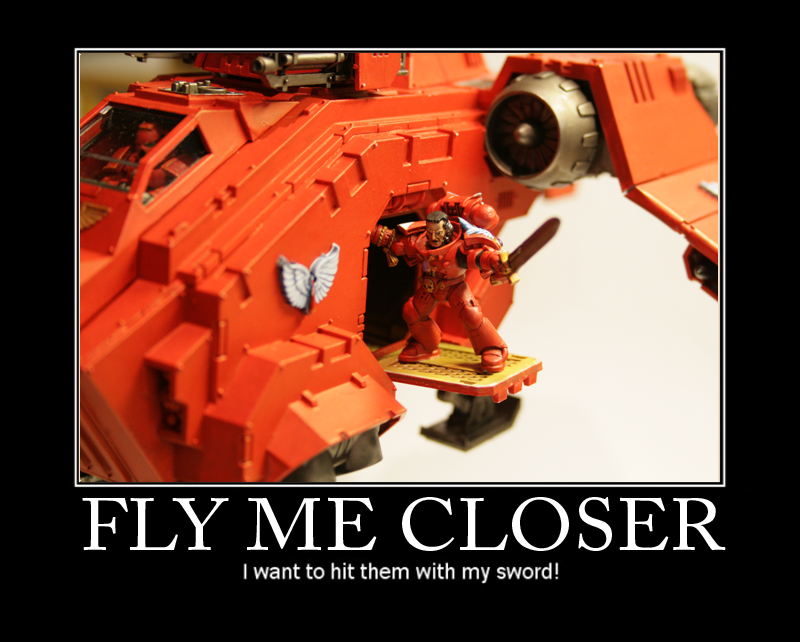 Elites
Lots of choices here, good thing you can take 4 in a FOC list. Vanguard Veterans, Death Company and Lemartes, and all the non-psychic Dreadnoughts are now here. And yes, Blood Talons lost their "mulch" stetting and have to settle for x2 Str, Shred.

Fast Attack
The Assault Squad is the only addition in Fast. Vanguard and Baal Predator moved out.

Heavy Support
The Baal Predator went from Fast to Heavy. Predators, Whirlwinds, and Vindicators can buy overcharged engines. Land Raiders no longer fall from the skies.

Being a (mostly) Codex chapter I was disappointed not to see the Stormtalon gunship, or the Landspeeder Storm as a transport choice for the Scouts. I also miss the Reclusiarch. The rest of the changes make sense to me. I have yet to look deeper at the Psychic stuff, and the of details on some units. That's why there will be a part II.


"So fear not and be proud, for we are the sons of Sanguinius, the protectors of Mankind."
-Commander Lord Dante

Posted by Marcus the Blackheart at 12:52 PM 4 comments: 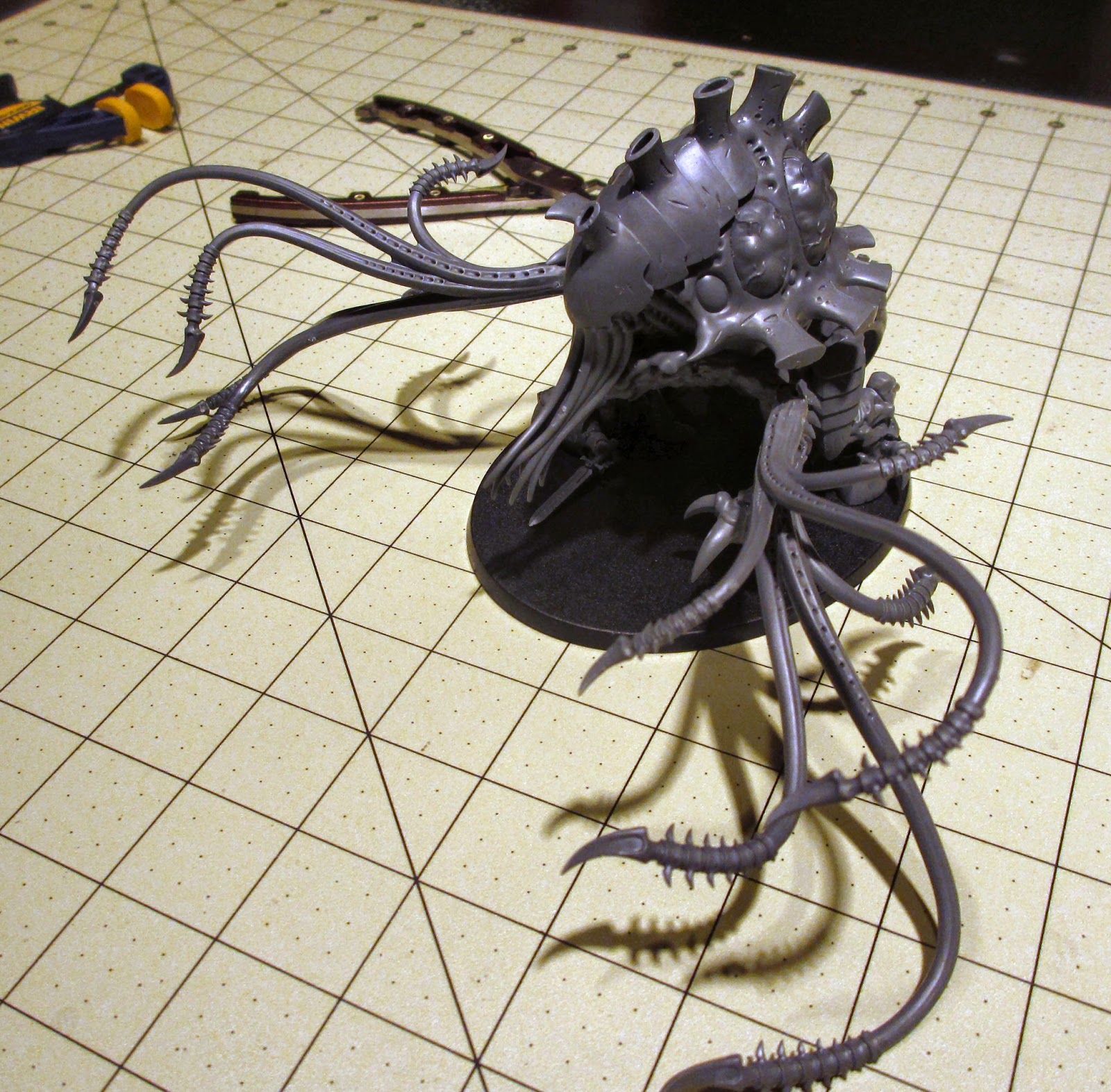 I've assembled my Toxicrene/Maleceptor kit as a Toxicrene, and it is pretty nice. A good sized monster, with big (and perhaps unwieldy on the tabletop) tentacles.

A note about construction: The instructions default to the Toxicrene in the rearing up position, with one claw on a unlucky Terminator and the other claw up. The model can also be built with a lower pose. This is descriped in tiny print on the cover of the instructions. I'll admit I did not notice them until after I had assembled the body. Good thing I wanted the default pose.

It is important to let the arm sockets dry before attaching the tentacle arms. Otherwise they may push in and that is no fun. Alternatively, you could leave the head off so you can put your finger on the socket and hold it in place while you glue the tentacle arms on. 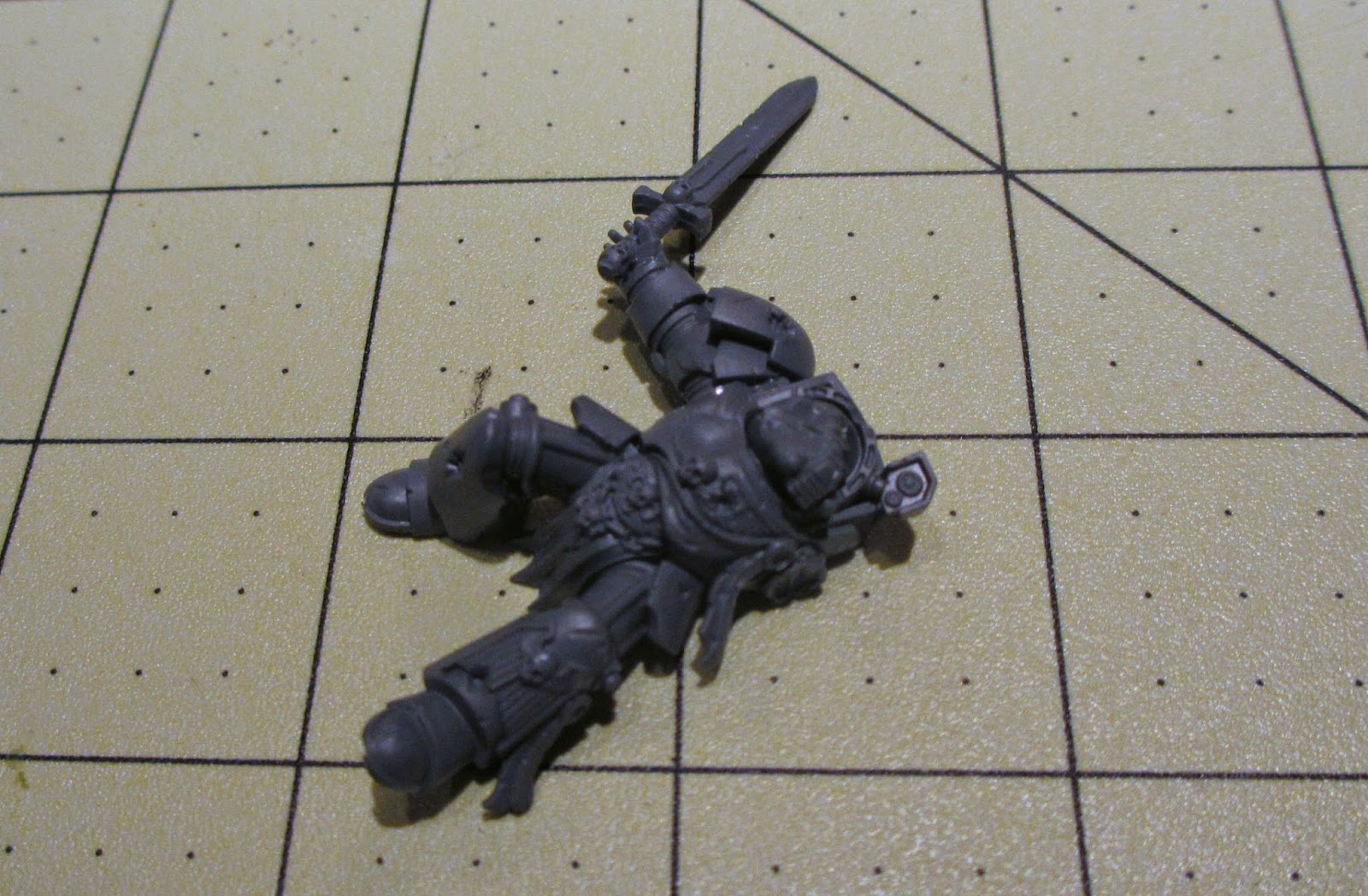 The fallen Terminator is a really nice touch and I can't decide if I am going to put it under the Toxicrene's claw or on a base by itself and use it as an objective.
I'll get this beastie painted and unleash it upon the battlefield soon.


The Hive Mind Hungers
Now with even more Tentacles!
Posted by Marcus the Blackheart at 9:24 AM 4 comments: