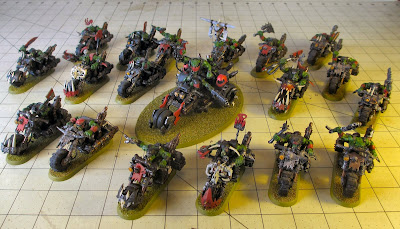 Finishing off my Orktober are the updates and expansions that were made to the core of my Ork army, the Blitz Boyz. I had to add the Warboss on the Deffkilla Wartrike as a HQ choice and cool model. 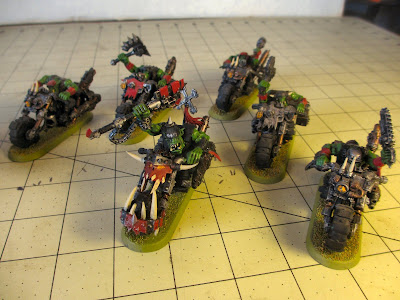 Next was the six Warbikers from Speed Freeks. They were painted to match to existing bikerz. I restructured the Bikerz to three squads of six, to give them move flexibility.

I spent some time on my pair of Battlewagons, bringing them in line with the new Codex. With a little work, this one got made one into a Bonebreaka. 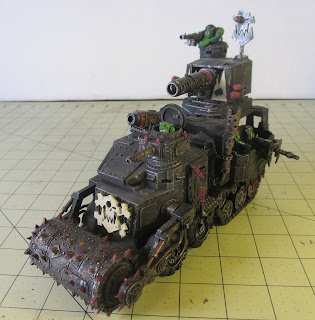 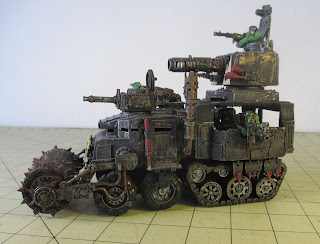 The other stayed a Battlewagon, but got some Kustom work on the rammin' end. I wanted to give it a Deffroller as well, but didn't want it to look like a Bonebreaka. 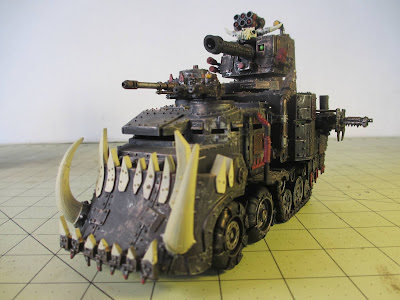 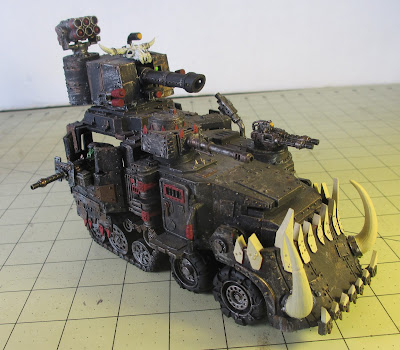 I think some extra spikes and huge tusks will work as a "counts-as" deffroller.

There were some other significant upgrades as well. I re-based all the Nobz onto 32mm bases, and added a few new ones. There were only a couple of problems along the way... 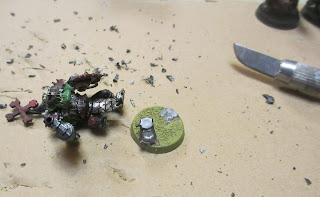 They look so much better on the larger bases, and the stability increase is nice too.

So once again my Ork Ladz are complete ready to rumble! Win or lose (and it is lose quite often) they are just a lot of fun to play.


We Wuz Made To Fight and Win!
Although 'Winning' is Very Subjective... 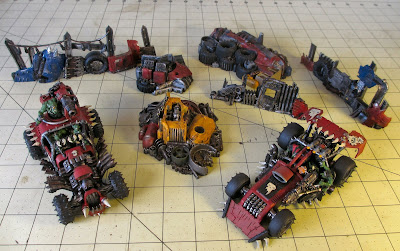 In the midst of my Ork Update, I had to finally get around to painting the goodies that came with the Speed Freeks box set. And what nice models they are!

The pair of vehicles, Kustom Boosta-Blasta and Shokkjump Dragsta are wonderfully detailed and were a lot of fun to build and paint. I felt that it would be a waste to paint them my standard Goff black, so I went with the traditional red for Kult of Speed aficionados. The bright colors really help the details stand out. 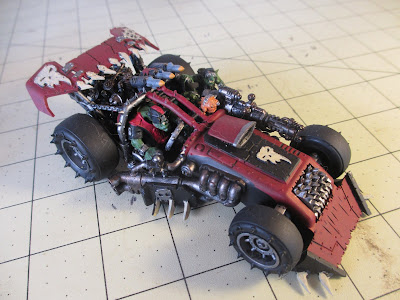 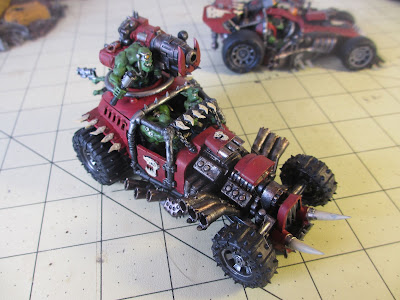 The set also came with six Warbikers.  I used them to expand my Blitz Mob, as we will see in tomorrow's Ork redo finale. 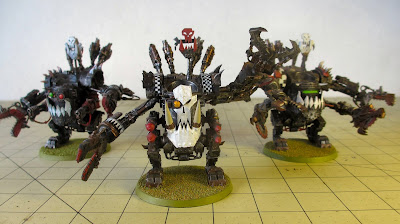 Ork updates grind on! Today it's my new formed Deff Dred Wreckin' Krew. To be fair I had two of the newer plastic ones for some time, but I added a bit of detail to them, and gave them a new member to make a full size detachment.

Just for fun and Orkiness, each one is a specialist of sorts. 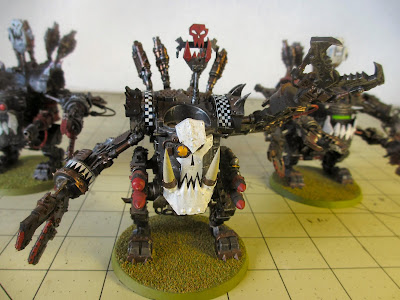 Tuska, is sort-of the defacto Boss, and has twin Rokkit launchers and Klaws. 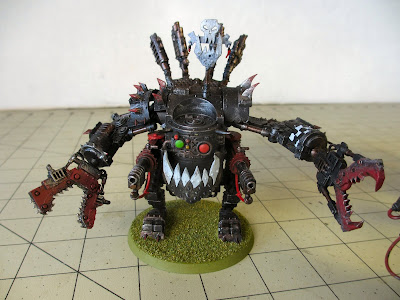 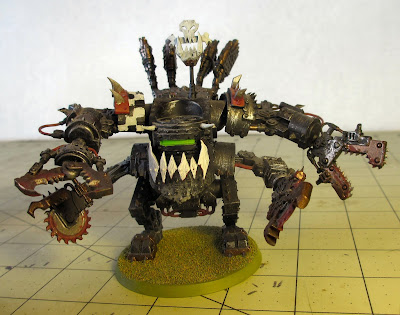 And crowd favorite, Big Hugga, is all about the power hugz. With Saws and Klaws.

I have had some impressive successes with the Dread Krew, but even when they are (rightfully) targeted early and dropped before they get to kill anything they are still doing their job by diverting firepower form the rest of the Ladz.


Posted by Marcus the Blackheart at 11:03 AM No comments: