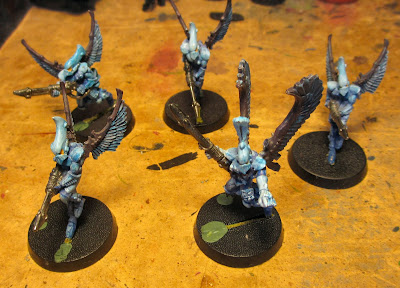 Here at Atomic Warlords HQ we are giving Mrs. Blackheart's Eldar some attention. A large pile of broken Eldar has slowly built up, and it's time for fixn'.

Today's quick example of a simple fix are the Swooping Hawks. The Olde Tyme poses were okay on 25mm bases, broad stance, not too tall, but still had some tipping issues. 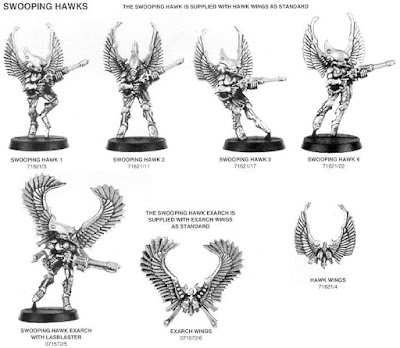 But the second versions, (still a while ago) are much more dynamic, but have serious stability issues. And once brushed and knocked over there was a good chance of the kinda fragile wings popping off. Overall not great. How can this be fixed? 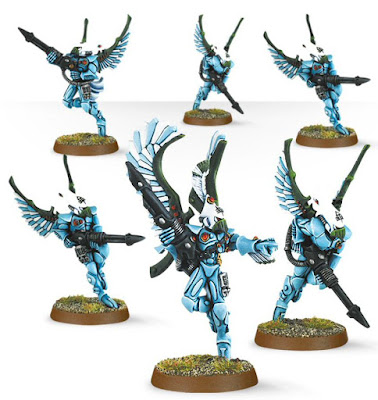 Well, thank Blood Bowl! With the introduction of the slotted 32mm base, now all kinds of older figures now can find stability in the later years, starting with the Swooping Hawks. A careful bit of surgery to get the older bases off and a small amount of green stuff to fill in the holes and the Hawks live in less fear of falling over. 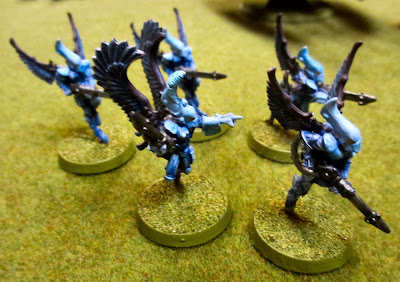 Such a small change made a big difference. Next up, we fix the bane of Eldar Grav-Tanks: The flying stands!

Praise Be To Nuffle!
And Really Sharp X-actos.


Posted by Marcus the Blackheart at 10:02 AM No comments: 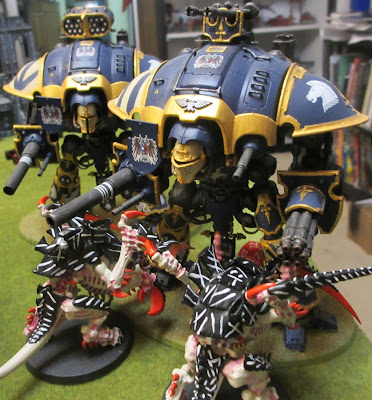 It was time to try out the Knights vs. Tyranid Monsters battle again. We each made two lists, one for Knights and one for Tyranids, 100PL. We generated a mission using the Open War deck. I took the 'Nid Kaijus first and went up against a pair of Freeblades and their Blood Angel buddies in Land Raiders. One was the flying kind. 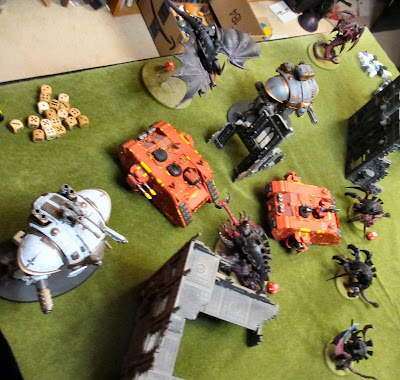 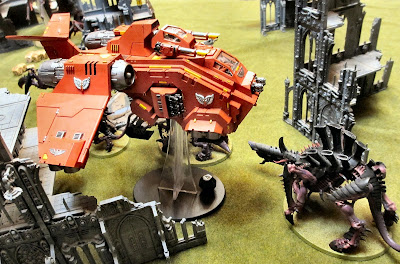 It was a rough game for my 'Nids. Old One eye was stupidly left out in front where he got erased on the first turn. I got fixated on killing the Stormraven, which I did, eventually, but it cost me. At the end of turn three I had killed a Land Raider and the Stormraven, did a bunch of damage to the other Land Raider and a Knight, but I was all out of monsters. Imperial victory.

We then flipped sides but kept the same mission and set-up. I brought my full Terryn Household of four Knights, led by a Baron. Thank you Chapter Approved! I thought I would be bold and set up as far forward as I could, since I knew I would be going first. Unless the foul Xenos stole the initiative. Which of course is what happened. 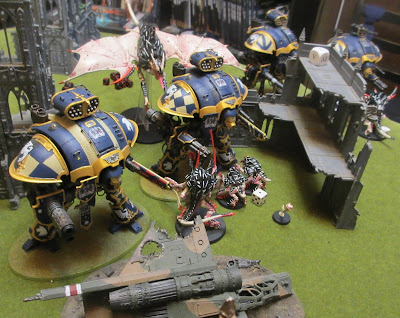 Never before have I seen so much carnage happen on the first turn. It was spectacular. I had two Knights badly damaged, but killed over half of the Tyranids. At the end of the second Turn the 'Nids only had two Warriors left on the field. Knights win! 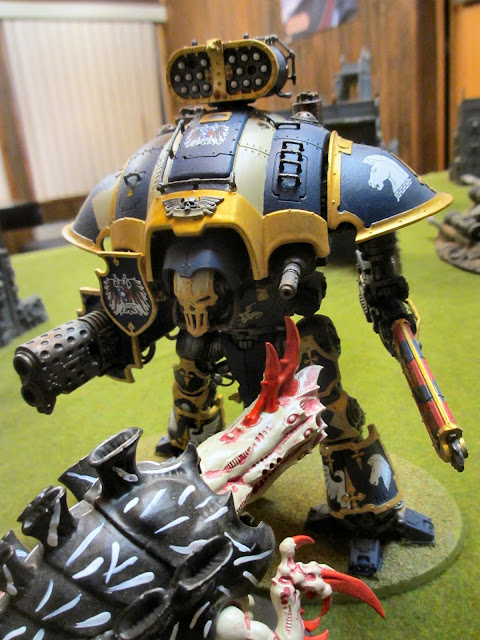 The extra attack combined with the relic Reaver Chainsword (and some good dice) enabled the Baron to tear through the Tyranid monstrosities like it was his job. Which, I guess it is, so, good. We found ourselves wishing the Tyranids had something the Knight-class of big beastie. One can hope...

The Emperor Protects
A Twenty Foot Chainsaw Helps Too.

Posted by Marcus the Blackheart at 4:08 PM 3 comments: