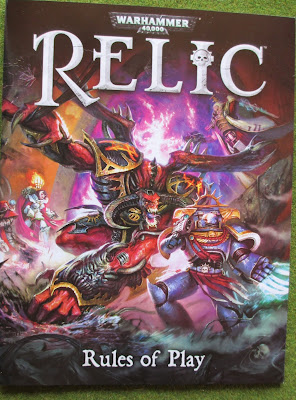 We'll take a moment out the 28mm version of 40K and have a quick look a Fantasy Flight Games (FFG) new board game, Relic. As most of you know, Fantasy Flight Games has been licensing out the things Games Workshop used to do; role playing games, card and boardgames set in the Warhammer & 40k universes.

A while back FFG did a new release of the classic GW Talisman, a Warhammer Fantasy board game. Relic is a 40K version of Talisman and full of typical outstanding FFG artwork and components. 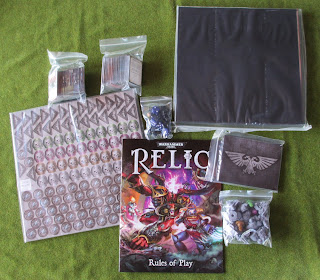 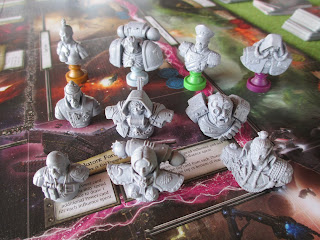 In a nutshell, each player picks one of the ten Imperial characters and adventures around the map, completing missions and engaging enemies. You gain experience and wargear to help with more difficult foes. Ultimately you must acquire a powerful relic and fight the final battle with the evil that is threatening the sector. 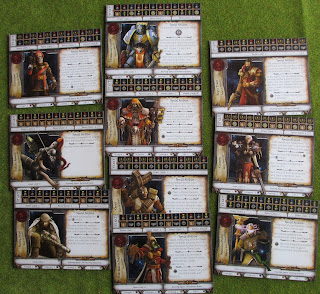 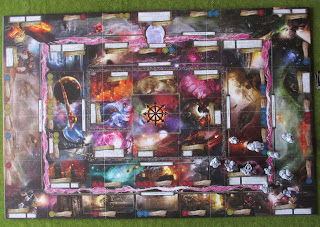 Relic looks great and I'll post a game report later this week after we have our first game.

Check out FFG's nice teaser for it here.


The Emperor Protects
In all forms

Posted by Marcus the Blackheart at 1:57 PM 2 comments:

So all four of my trukks were blown to hell and the boyz badly mauled. Turn two; the bikers closed in on the Blood Angels flank; Battlewagon with a supa-kannon blew away the Furioso Dreadnought armed with the hated Blood Talons. The center of the field became a huge close combat mess. Matt's Vanguard dropped almost on top of my bikers and wiped them out in the assault phase. Mr. Angry Chaplain led a squad into the mass in the middle and broke the Ladz.
An Assault Terminator squad hopped out the Land Raider and started to work their way through my largest mob of boyz. Things were not going my way, so I sent my Warboss and firends in their Battlewagon into the center of Matt's Marines. Tank Shock with a Death Roller is a fun thing for an Ork player. None dare stand before you!
Except this one jerk with a Meltagun. Needless to say, one Marine can ruin your whole day. Making the most successful Death or Glory test I've ever seen. Not only did the Battlewagon blow up, it killed five Orks next to it and two Nobs on board. Thus my hopes for turning this game went up in a tremendous fireball.
The Vanguard squad piled on my HQ along with everybody else in red armor.

I put up a good fight, but it was over. And the final score was not kind:14-6 for the Blood Angels.
A very enjoyable match. The carnage between these two forces is always fun.

Next week: The Guard take the Zombie Challenge.

Posted by Marcus the Blackheart at 2:56 PM No comments: