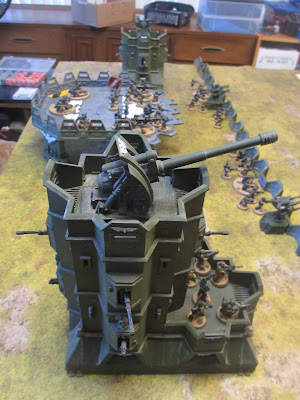 Just a few pics from Deathwing's Combat Debut. Imperial Guard with some defensive positions holding the line against a Tyranid advance. Deathwing is in orbit, and will arrive on turn 3. 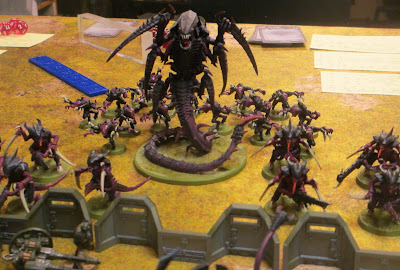 It goes about how you would expect: Fast Tyranids tearing through the fortifications, shredding Guardsmen, and having a good time of it. 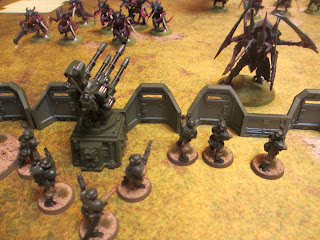 Just when it almost too late (I should have really picked turn 2) the Deathwing arrive! 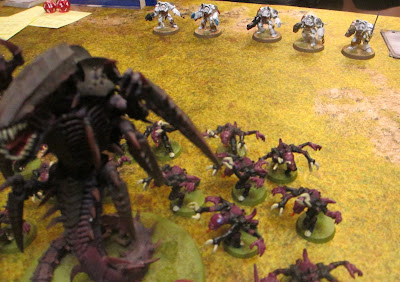 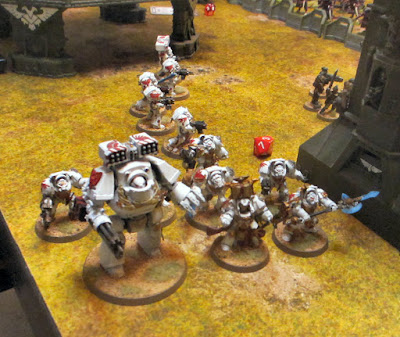 Those guys can really lay down the bolter fire nowadays. They disrupt the 'Nids attack and manage to save the HQ staff from Old One Eye, and one or two other Guardpersons to eek out a win. 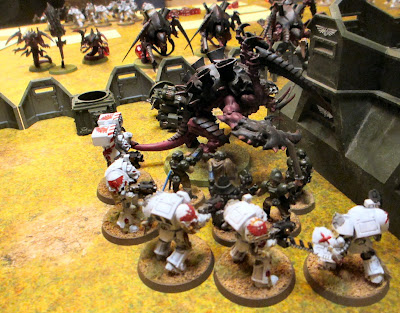 It was a fun battle, and maybe Deathwing are the real monsters here.

For the Emperor!
And Deep Strike Cheese

Posted by Marcus the Blackheart at 12:04 PM No comments:

Oh, I hate painting white. I'm just terrible at it. My new and Improved Deathwing  has been built, primed white, and waiting to be painted for four years. That's why it is a Pile of Shame. Finally I summoned up my resolve and tackled the project. Much like the Dark Angels in the original short story, my forces have been without my honor suits for too long.

Speaking of the classic story 'Deathwing' from the Space Expansion of the same name: 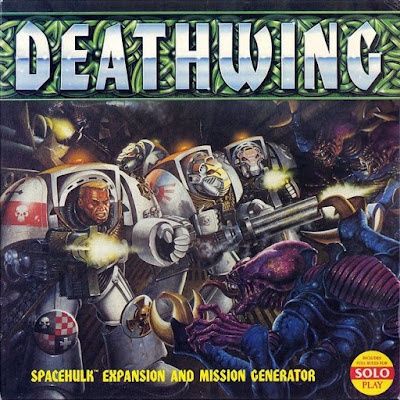 It told the tale of how and why the Dark Angels First Company Terminator armor is painted white. White, not bleached bone or some other such nonsense. While I'm being a old grumpy Grog about it, the eagle on their chest is gold, not green! Ahem, that is how my Deathwing has always been painted, and how I painted these new, fancy minis. Much to my misfortune. White, ugh.

I cleaned them up, added a new Librarian, and a coat of Corax White spray paint...and met with a minor disaster. The paint was old/cold/possessed by daemons and came out very thick. Some of my figs had lost a bit of detail. Not a great start. I then gave them a argrax wash, and let them dry over night. The plan was to simply give a light drybush of White Scar and boom, they would look great! Just like the YouTube videos...

Yeah, not so much. My pot of White was very cranky and lumpy. I thinned it out pretty well, but then it made for poor dry brushing. I did also use Praxeti White Dry and it did help, but it was a slow and frustrating process. Good thing I only had 34 minis to paint white...

A few bottles of rum and various white paints later I was able to switch over to the part I do enjoy, detailing. Weapons, eyes, skulls, all that fun stuff. Overall it took me far too long, and they did not turn out as great as I had wanted. But after a few days of not looking at them, I do like them, and are happy to add them to my Dark Angels army. 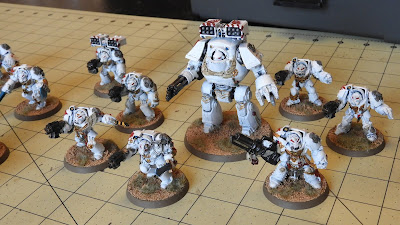 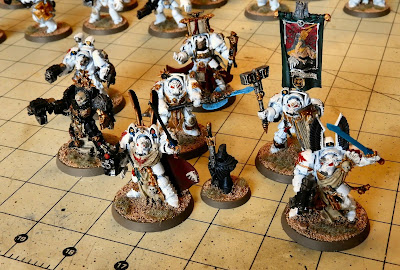 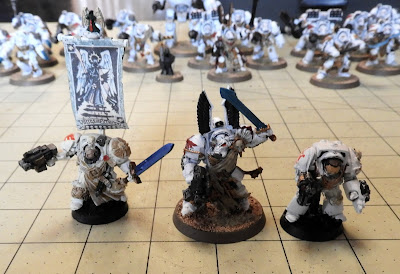 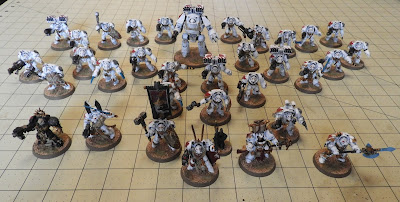 It was a lot harder than I thought would be, but in the end worth it. Now they must fight!


Once More, We Go to Battle!
And Will Not Speak of the White Paint War Again

Posted by Marcus the Blackheart at 12:45 PM No comments: