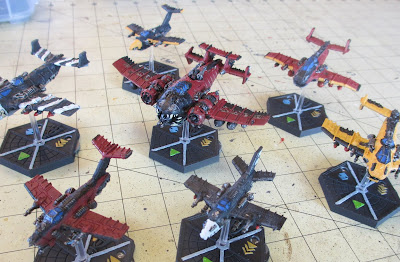 The Sky Waaagh has come. Masses of garish Ork jets descend upon the Imperium.
And it is so entertaining! The new plastic Ork warplanes are a joy to build and paint. Carzy Ork fun on the tabletop too, although the Ork 'evy bomber feels a bit under-powered/over-costed, but I will need a few more games to find out for sure. 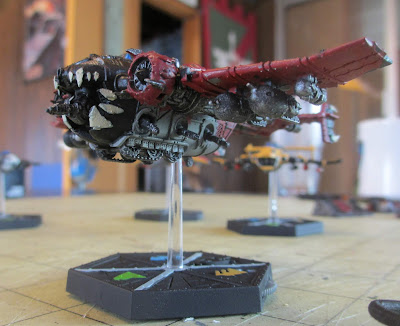 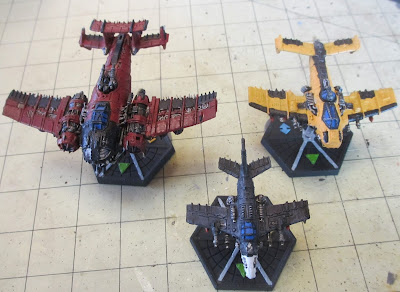 The size differences between the three aircraft is impressive, much more pronounced than the Imperials. At least until the Lightning is (hopefully) released. 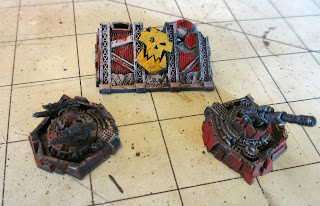 I will do an actual battle report next, with a little history of the 1st Edition for fun.


Orks Were Made To Fly and Win!
Wait, That's Not Right...

Posted by Marcus the Blackheart at 11:08 AM No comments: 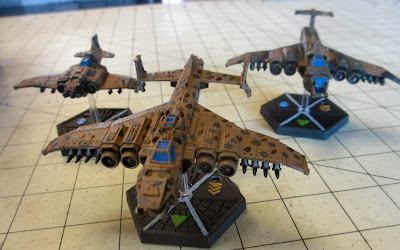 Imperial Aeronauctia, 2019 2nd edition (which will now be known as IA19) was released a few months ago, and I have gotten around to painting the warplanes of the Grim Dark.

I'll do a proper review of the game and its history in a week or so, but today I'm just showing off my Imperial aircraft.

Manufactured in plastic and about 40% bigger than the older resin Forge World models, these new planes are great looking and fun to build with a good selection of ordnance to hang under the wings as well. Well mostly, the Marauder and Thunderbolt come with lots of extra weapons, which you will need because the Destroyer doesn't. 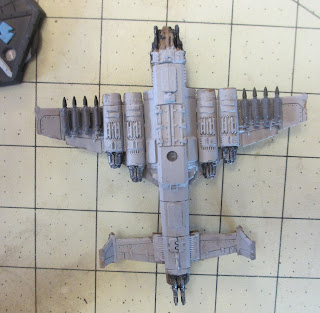 I made and painted scale model aircraft before 40K took over my hobby time, so this was a fun return to that. This is the finished camouflage on them, next I will do some washes, and squadron /ace markings. 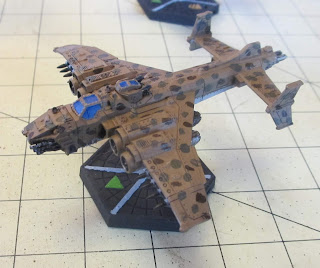 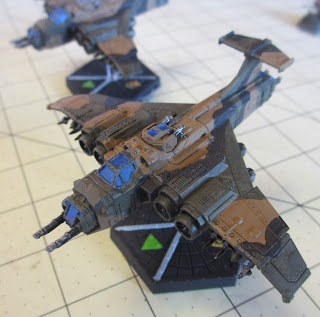 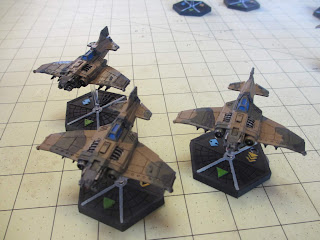 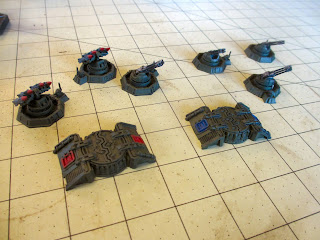 I was on the fence for a while about painting the bases. I didn't want to mask off the dials, but after some fiddling with then I discovered how to take them apart without breaking them. So black spray paint and some details for all the bases! They look nice and make the arcs really clear.

Next: Orks in the Sky!


The Emperor Protects
Something, Something, Danger Zone!

Posted by Marcus the Blackheart at 10:45 AM No comments: 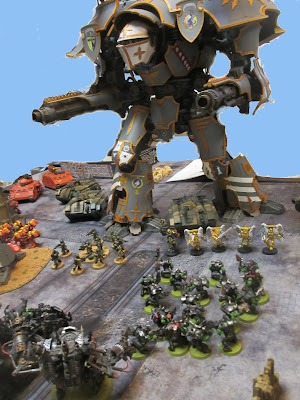 This Thanksgiving we chose to have a different kind of 40K battle. The scenario is as such:

An Imperial Warlord Titan has been shooting it out with some Ork Gargants when a lucky hit disabled the Titan's plasma reactor requiring a restart. Ork troops, keen to seize the disabled God-Machine swarm in.

A Warhound is close at hand to provide support. A nearby Guard mechanized unit arrive just as the first wave of Orks do. A Blood Angel strike force is moments away, as are hordes of Orks. Can the Imperial forces defend the Warlord long enough for it to restart and swing the tide of battle back?

Every turn, randomly drawn Ork units arrived on random table edges. Blood Angels arrive on turn two. The Orks must keep a unit in contact with the Warlord for a turn to win. On turn four the Warlords starts to roll for restart. The Warlord can not move, and may only shoot its point defense weapons. 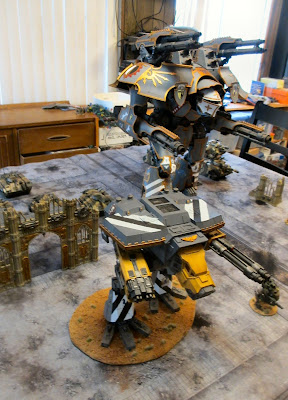 It was a messy, chaotic fight! Ork arriving all around the stranded Titan, and the Imperials just barely managing to keep the Orks back. The Warhound fought in a manner befitting a God-Engine, wiping whole units and a Stompa in a single turn of shooting. 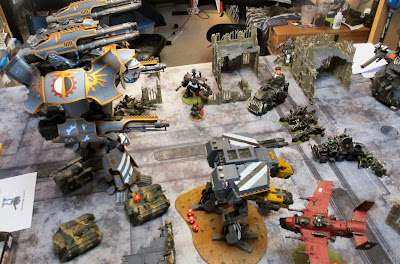 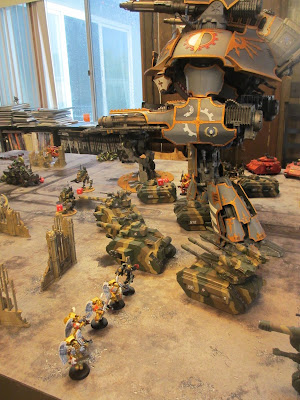 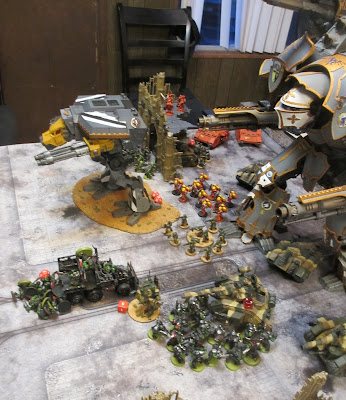 The Orks got close, but could not pull it off, the Blood Angles making an unassailable wall of red armor. It went five turns, but the Warlord woke back up and thundered away. Imperial win!

It was a very good battle, and with the two Titans on the field, looked amazing! Even if the Warlord was just a very nice piece of scenery for the most part.

The Emperor Protects
And He Provided a Really Nice Turkey as Well!


Posted by Marcus the Blackheart at 10:00 AM No comments: