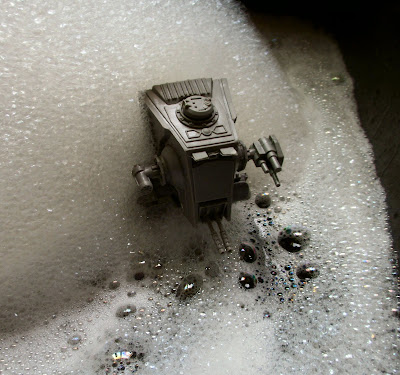 Some people wash all their parts, some folk don't wash anything. My humble opinion?
Like all things, it depends on what you are doing, and with what.

Way, way back, like in prehistory, at least pre-internet, the mid-late 1970's, I was being taught how to build plastic model airplanes. My Grandfather taught me that with some of the smaller companies of the time, you had to wash the parts before you put them together or the glue and/or paint would not set up and just fall right off.

This is due to the mold release compound used in the plastic injection process. It makes it so the newly minted plastic sprues can pop right out of the mold. It can leave behind a bit of residue on the plastic, which causes the building/painting issues.

I remember a few kits that came from overseas that were practically dripping. The vast majority of U.S. and Japanese kits had no issues at all, and I stopped washing my plastic from them, or modern Games Workshop plastics.

Then came the metal figures of the '80s-'90s. Mostly they were fine, but on occasion I would get parts that would not hold together no matter what. I normally didn't wash metal, but X-acto'ed clean the fitting surfaces.

Then resin kits! The early ones needed a ton of trimming, then washing. Sometimes repeating the trim/wash cycle to get the parts to attach. I washed my early Forge World Baneblade thoroughly, and still had trouble with parts holding together. Then it rejected its first attempt at priming. Sand down and re-wash, then it was okay. 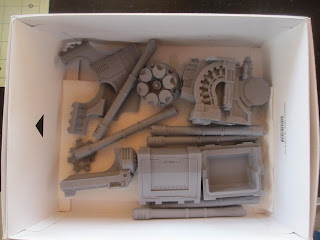 Modern Forge World resin is much plastic-like and is a joy to work with compared to the old days, or some other companies. I will always wash resin, or soft injection plastic figures. It just makes life so much easier.

The Emperor Protects
But You Have To Do Your Own Wash

Posted by Marcus the Blackheart at 1:07 PM No comments:

Air Combat is Fun (and Deadly) 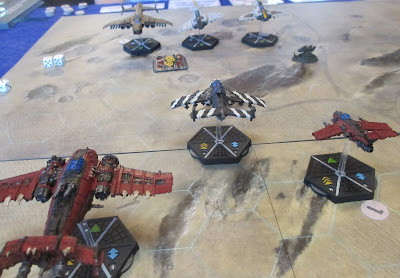 Aeronautica Imperialis is a very good game. Fast, deadly and just enough tactical planning to satisfy an air combat aficionado. Warlord Jeff and I had a little dust up, and it was a good battle.

We tried the Resupply mission. My Orks were air dropping some Stormboys into two landing zones. Fly by, kick them out the hatch, and go home, what could be easier?
I ran into a bit of a problem... 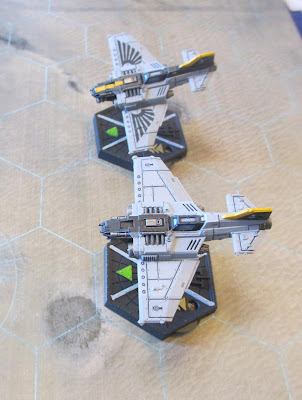 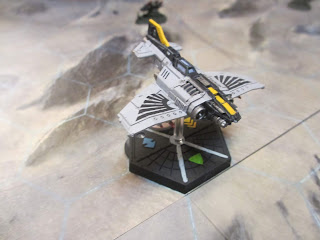 Jeff's Thunderbolts look awesome. Sharp and clean, they have a great Naval Aviation feel to them. Four of them and a Destroyer he borrowed, plus some flak awaited me across the table. 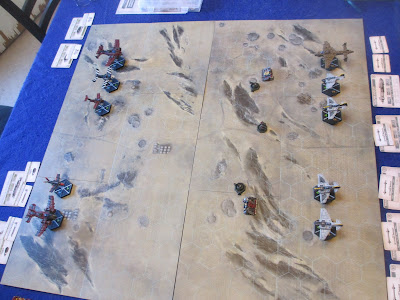 I ran the Orks very fast across the map hoping to get some separation between the Imperial aircraft and my bomber-transports. My escorts were outnumbered 3-5, so that didn't really work out.

As usual the merge was a deadly messy affair. I lost a Fighter before it could shoot, but I did kill a Thunderbolt in one amazing volley of fire. Those would the last good dice I had this game.

Some people are very critical of the random dice factor in this game. It is hard to hit somebody, and then you have to do damage. There are a few negative modifiers, but no positive ones. I'm okay with it. I do think it puts a bit more of strain on the Orks, but they do get a lot of dice to throw, so if you get a hot run, it can be glorious. Or the dice can just give up on you like mine did...

The transports slowly rumbled towards the objectives, then I had to slow down even more to let the Stormboyz out safe-ish. Well I tried to, but the 3 out 4 Stormboyz on the first transport failed to land on target. The second transport got very close to the drop zone. 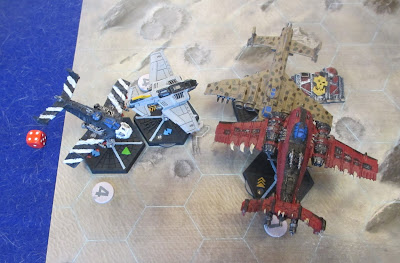 Here's  a hot tip: Don't get in front of a Destroyer. It won't go well for you. My second bomber/transport was ripped apart by the mass of autocannons in nose of the Destroyer, taking the cargo of Stormboyz down with it.

Moments later my last escort went down in flames, leaving my last bomber to try and escape. 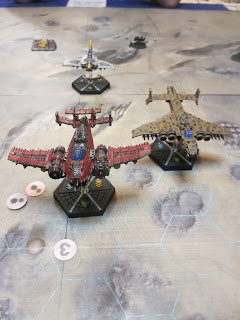 No luck in that happening.  I did shoot down three Thunderbolts, but missed the Drop Zone and lost all my aircraft. The Imperials won by a wide margin.

A very fun battle, I look forward to the rematch!

So Many Dice, So Many 1's.
Time For New Dice

Posted by Marcus the Blackheart at 3:04 PM No comments: