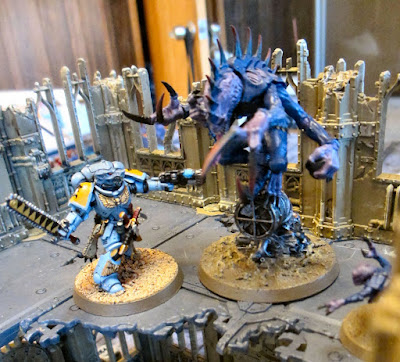 Mrs. Blackheart and I had a nice little Combat Patrol battle, Space Wolves versus Genestealer Cult.

I took just infantry, led by my Wolf Lord for their combat debut. The Cult had a Broodlord, some 'Stealers, a Sentinel, and a whole bunch of Cultists. 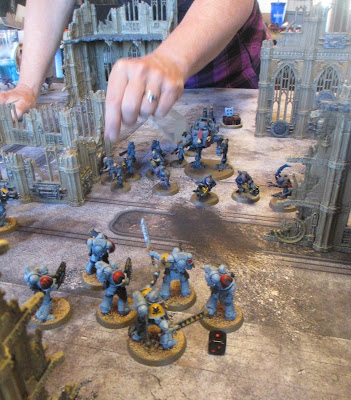 As usual, I didn't take enough pics during the game, which is a good indicator I'm having fun. The Wolves had a couple turns of impressive shooting, then we got into close combat on the bottom of Turn Two.

The poor Helblasters got shredded. A 5-man Intercessor squad was also mauled by Neophytes armed with power tools. The next turn saw payback aplenty for the Wolves. All the Genestealers were felled by shooting, then the Wolf Lord made an Impressive charge roll and hacked up the Broodlord (top of page picture). The remaining Intercessor Squads cleaned up the streets. A hard fought victory for the Wolves. 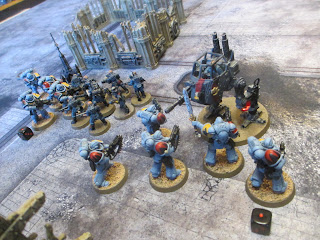 We are going to do a three-mission mini campaign with using Combat Patrol. Should be able to play though in one evening. That's the plan at least...

For Russ and the Allfather!
Our Cult is Better Than Yours. 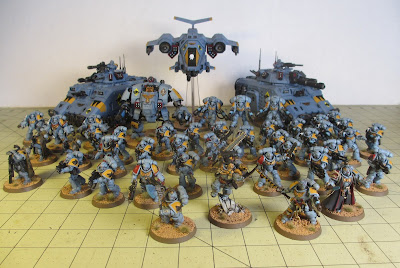 Let's bring out the Heavy Metal for the finale. At present I have four vehicles, but I know that will change with the upcoming releases.
The Redemptor Dreadnought is the proper sized walking tank we have always needed. I'm not overwhelmed by the odd swing-open front clamshell, but I don't think it detracts too much from the overall coolness. 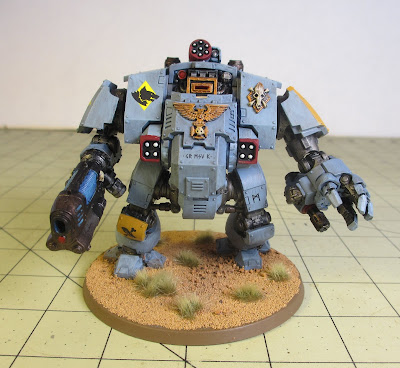 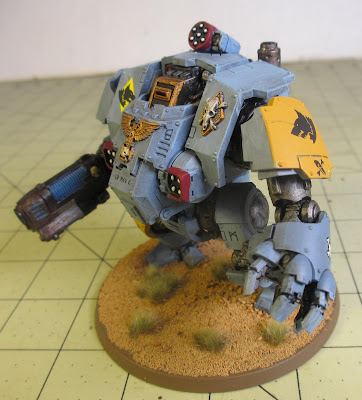 A pair of Hovering Death dealers, that can carry troops. Somebody took the "You can never have too much dakka," maxim to heart. 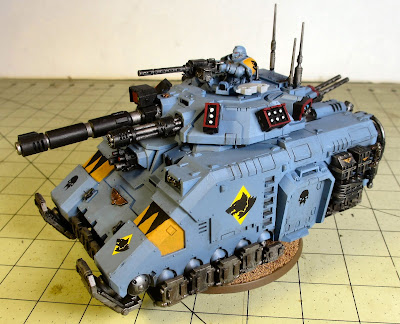 Executioner Grav-Panzer. By far my favorite of the new stuff. So much shooty, and so stylish! 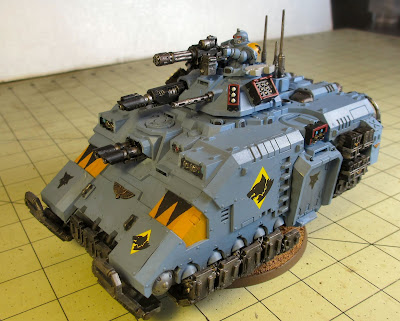 A fair amount of people don't care for the Repulsor, I really like it. It's the heavy IFV concept taken too far. So. Many. Guns. Plus some grenade launchers and anti-air missiles for fun, all while carrying ten Primaris into combat.
The Stormhawk is a great looking model, and was fun to build and paint. I envision it as the Space Wolves close air support solution in the A-10, P-47, IL-2, style. A bit brutish looking, well armored, and bringing a bunch of firepower to the party.
So that is my first 129 PL of Space Wolves done. More on the way! 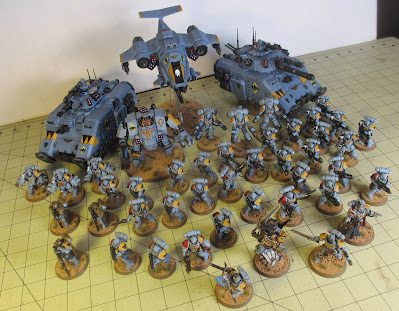 Fenrys Hjølda!
Never Let the Fire Go Out
Posted by Marcus the Blackheart at 12:00 PM No comments: