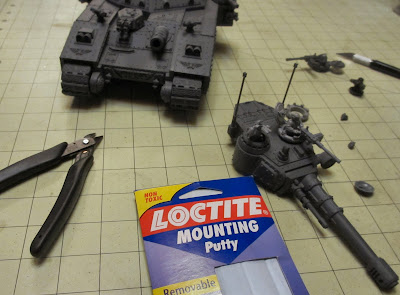 I'm happily working on my second Baneblade, an all-plastic one, and it is time for the crew. I decided to put crew in both hatches. The gunner on the .50 is a easy pick and standard setup, but what of the tank commander? So many options! How to decide?

Enter Mounting (or Poster) Putty! I had read long ago in a modeling magazine about the uses of low-tack putty for the posing or arms on miniatures. My local hardware store has the Loctite version on hand, and it works great. I had a little pose off to see what I liked the best. 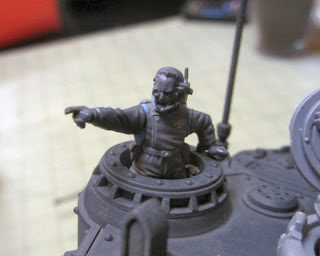 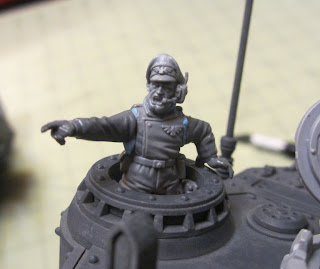 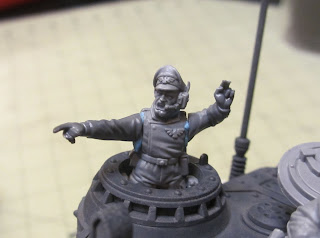 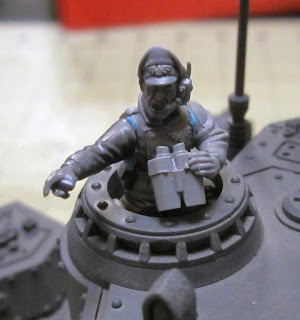 Sadly I didn't have a Power Sword arm handy. So the next time you are in a quandary over posing choices just pull out the putty. It is very easy to work with, never dries out, and leaves no residue on the figure. 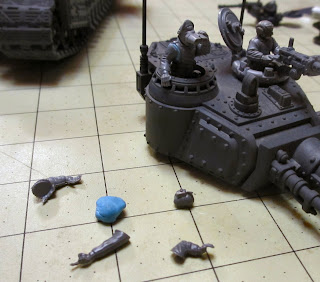 It's Not Play-Dough!
It's For My Serious Hobby.

Posted by Marcus the Blackheart at 10:18 AM 2 comments: 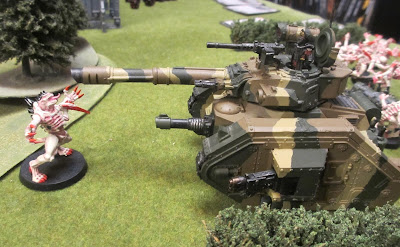 The Winter League is underway! Last weekend we had two exciting matches: Imperial Guard versus the Tyranids, and Raven Guard taking on the Eldar.

Matt was using his new Codex for the second time, which was a bit unfair to him, but the dice were really unfair to him. 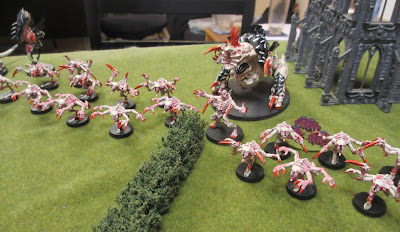 The Exocrine got a huge amount of hits on my command Leman Russ, and exactly zero wounds. It got better, but having a first turn where you can't kill anything is a big handicap. The game went five rounds, but in the last turn it was 3 Tyranid Warriors versus a pair of Leman Russ, a Manticore, and a handful of troopers. A victory for the Guard. 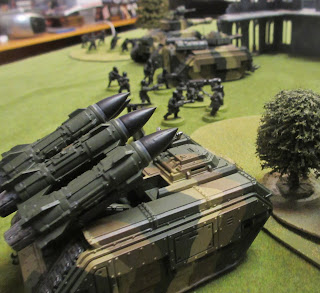 50PL makes for a small Space Marine force. We don't have a huge sample base, but it seems very difficult for the Marines at low Power Levels. Jeff put in a good showing with the Raven Guard, but the Eldar Swordwind stole the initiative and rolled over the Marines for a win. 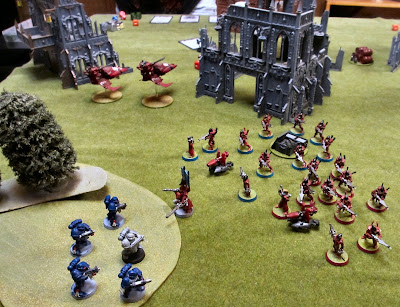 Good games overall, a little rough on the Marines, but I'm sure they will bounce back and find a good balance. Next round will feature some fun match-ups as we continue at 50PL.


Let The Games Begin!
Somebody Wake Up the Dice

Posted by Marcus the Blackheart at 11:41 AM No comments: