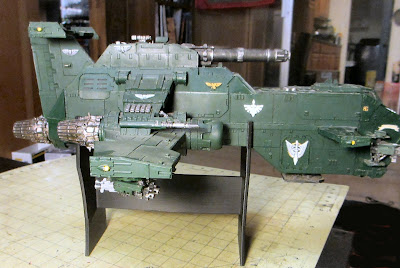 A few years ago we made some very nice Lexan stands for the 1st version of the Forge World Thunderhawk. They were very well received, but after a while demand fell off and our stock sold out. It is impractical (and very expensive) to make a new batch of the clear Lexan stands, but with the rise of 3D printing, we have made an alternative.

The new stand is made of PLA filament (plastic) is not transparent, and a little bit shorter than the old stand. It is also much less expensive, lighter, and one piece. 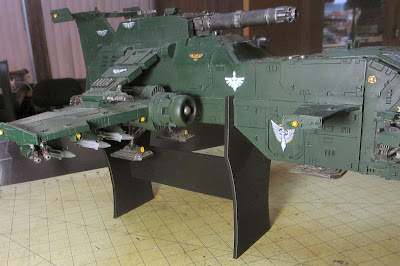 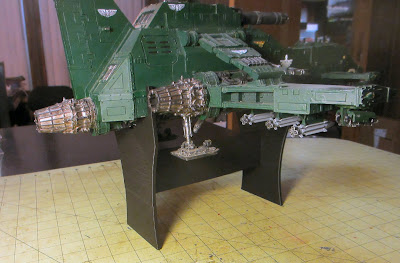 The STL will be made available soon, (we have to decide a few things first.) or if you want to buy a printed item please feel free to email me at Atomicwarlord@gmail.com.

Posted by Marcus the Blackheart at 11:40 AM No comments:

On the Bench: Crisis Suits

New Tau Crisis Suits! Yes, I know they have been out for a good long time now. I just didn't play Tau very much in 8th Edition. With the new Codex, that is about to change. My Tau forcers are getting a re-do.

The new suits are so much better: Separate torso and legs! Different leg and arm poses! Head and chest  options! Much better detail overall. 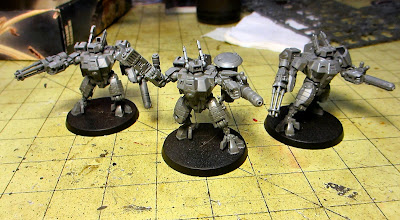 I'm going to add six new Crisis Suits, 2 Crisis Bodyguard, and a Crisis Commander Suit.
Three of the (much) older suits I have repainted and put on the snazzy new 50mm bases.
For the Greater Good
With Hot New Style
Posted by Marcus the Blackheart at 12:25 AM No comments: 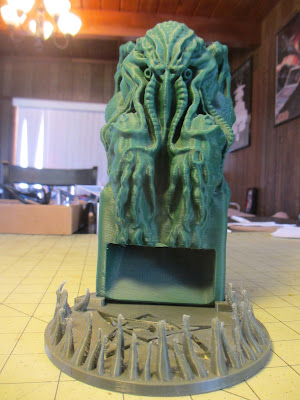 Some days you just need a Cthulhu idol dice tower. 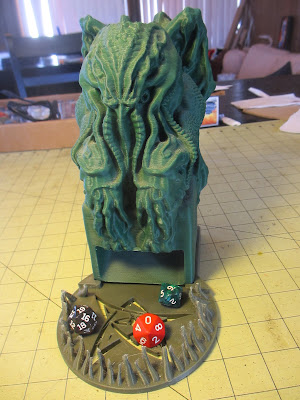 At Least Until you Run Out of Sanity

Rise of the Orks Quick Look 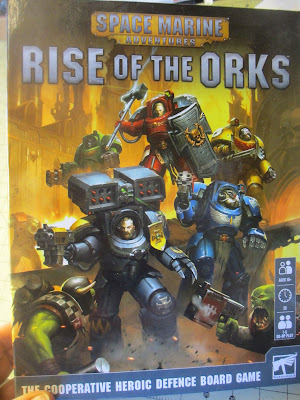 Orks have invaded the Imperial world of Vertex. Five Terminators from different chapters have come to defend the planetary shield generator Gamma-9. Mostly by killing all the attacking Orks.
I finally got my hands on the boxed game, Rise of the Orks, which is only available at Barnes & Noble. It was nice to take a stroll through a bookstore, been a while.
Rise of the Orks is a co-op/solo tower-defense style of game. Waves of various flavors of Orks surge forward to destroy the shield's power generators. The played gets five Terminators, armed to the teeth to try and stop them. 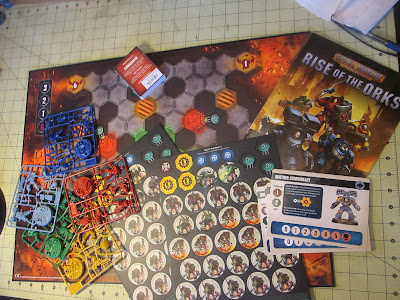 The game has a good sized board, two sheets of very nice tokens, cards, and five plastic push-fit Terminators. I do believe they are from the Japanese Space Marine Heroes line. Each molded in their chapter's colors. They are good looking figs.
I will put them together tonight and try to have a battle report in a day or so.
Go Roll Some Dice
The Grimdark Has Many Forms
Posted by Marcus the Blackheart at 5:31 PM No comments: