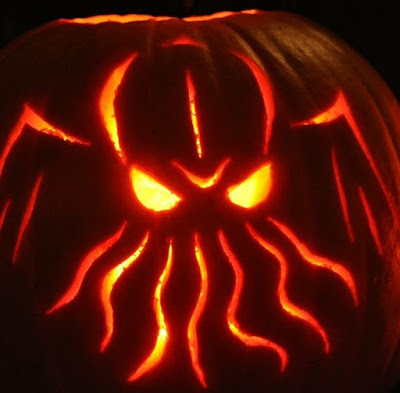 A good board game for the season? I'm glad you asked! Pandemic-Reign of Cthulhu was released late last year to good reviews, but quickly disappeared from the mainstream amid all the other great releases. Often overlooked, it is a solid go-to game for us. A Cthulhu re-do of Pandemic is not something I thought would have worked. But it succeeds in both theme and gameplay. Instead of the world-spanning crisis of Pandemic, the scope has been limited to four cities in the lore (Arkham, Kingsport, Dunwich, and Innsmouth.) 1-4 players draw a investigator and try to seal the gates before Cthulhu is awakened and all is lost. 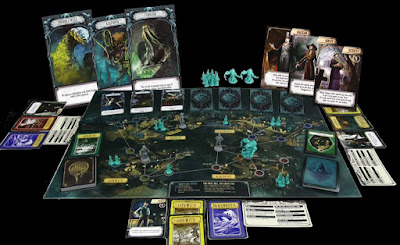 I like Reign of Cthulhu a little better than Standard Pandemic. Obviously it's the theme, but I feel that being a zoomed-in level it offers a bit more detail. Gameplay flows better for me as well. There are plenty of good in-depth reviews out on Boardgame Geek and Youtube if you would like a deeper dive into the rules.

It a good choice to put upon the table and try and save the world in between waves of Trick or Treaters.

Go Roll Some Dice
And Hand Out Good Candy

Posted by Marcus the Blackheart at 12:29 PM No comments: 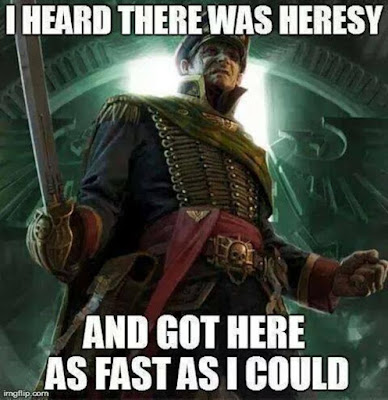 First, apologies to anyone who was offended by the troll on the last post's comments.

Second, let's have a quick recap of my rules here:

Keep profanity to a minimum. Yes, I profane. Like, a lot, but this blog is for all ages, so tone it down.

This is a blog about toy soldiers and board games. As such, it is an oasis from the current political & social issues, so please don't start such a discussion here.

Respect others. You don't have to agree with everyone, but just because you don't, doesn't mean you need to start name calling and worse.

Lets all try and and fun with our hobby, that is why we are here.

Posted by Marcus the Blackheart at 1:06 AM 2 comments: 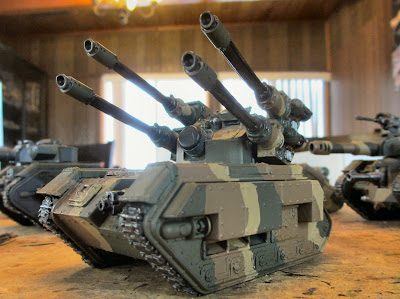 With the new (and awesome) Imperial Guard Codex I decided it was time to take a hard look at my tanks. I have always been a big fan of the Guard, and of a armor heavy army in particular. So yeah, I have a lot of tanks.

Long ago I picked my camouflage pattern for my army, loosely based on a NATO pattern: dark green and dark grey. This looked good under really bright lights. On the tabletop in normal lighting it became a shadowy vehicle. So great for real-world, rather disappointing on the gaming table. 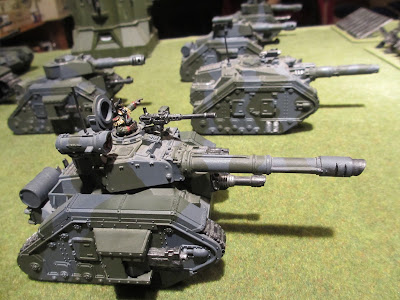 I never put in the finishing touches (shading & decals) because I was not quite happy with the paint scheme, So I just left them as they were.

When working on a project that I am becoming unhappy with, there is always that point of choosing to abandon it for good and starting over from scratch, or figuring out a way to revitalize it. Tough call either way.

Now with the renewed interest in the Guard that 8th edition was given me, I decided it was time for a bold new look. 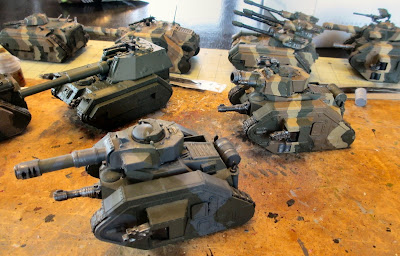 I have tested out and refined the pattern over a few vehicles and I really like it. Next will be the shading with ink and/or drybushing the soften and blend the colors a bit. Then full rate re-painting for a whole lot of armor. I'll post pics of the finished product when it happens.

Go Sling Some Paint
And May The Emperor Guide Your Brush

Posted by Marcus the Blackheart at 11:28 AM