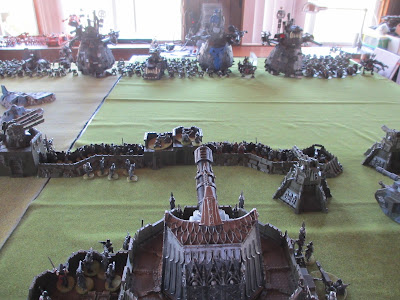 So this post isn't according to plan. We played a good Apocalypse game a few weeks ago. Then life got in the way, minor surgery, some of the pics I took were corrupted, and I lost the notes I took during the game. Yes, a Lictor ate my homework. Rather than the blow-by-blow battle report I was going to do, here are the surviving pics of the battle. (I have since replaced my camera's memory card.) And some highlites of the game.
Good ole Armageddon. It's the 40k fluff that just keeps giving. We tried out a battle from Warzone: Armageddon. Steel Legion & Blood Angels vs lots of Orks. I had just finished painting my new Wall of Martyrs fortifications and was eager to use them. They look great on the field and play very well. 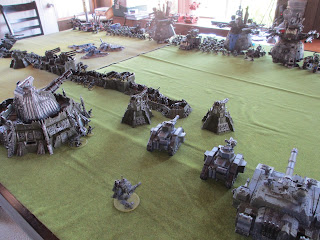 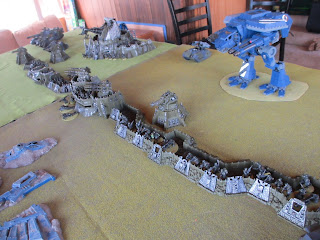 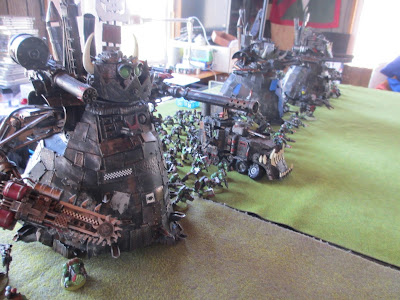 All of Matt's Blood Angels arrived from reserve dead on target thanks to the Precise Coordinates stratagem. Nothing says fun like deep striking Land Raiders full of Terminators. 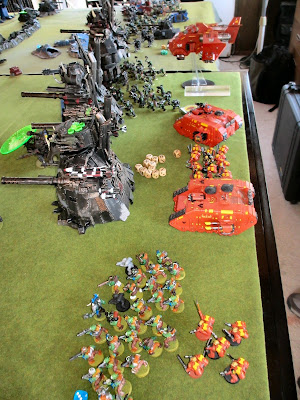 It was a good game, with fun had by all, it ran for three turns and came to a 4-2 Imperial victory.

Heroes of the Day: 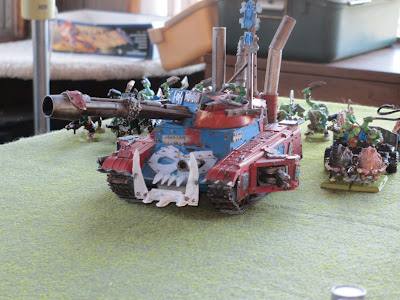 Pete's magnificent Skullhamma killed many guardsmen, a bunker, and a Leman Russ before the Warhound was forced to deal with it. 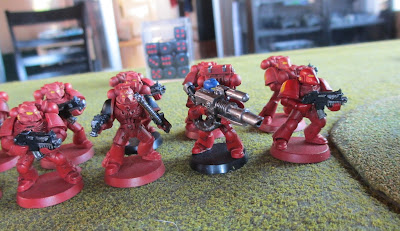 Matt had a humble Tactical squad enter from our deployment zone. Two times the lascannon gunner made snap shots. One Deffdead, and one Megadread exploded in a torrent of rolling sixes. 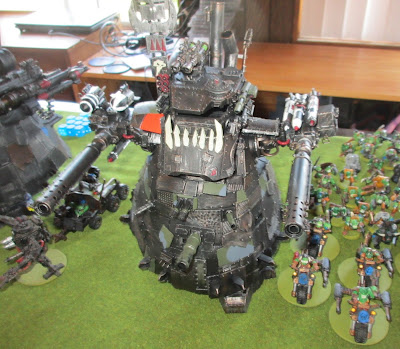 Mrs. Blackheart's command of Gunhed was inspired. Killing a score of guardsmen and a few tanks, Gunhed was brought down to two hull points. A timely use of the Mek Workshop asset brought it back to full health much to my dismay. It took a lot more shooting to finally kill it. 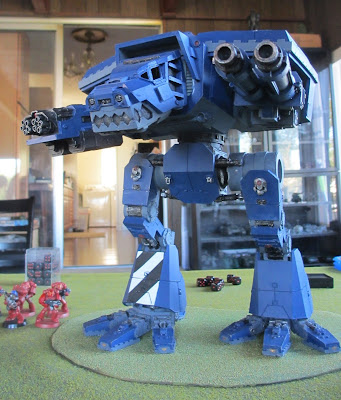 Lupis Rex delivered again for me. Twin Turbo-laser Destructors was just the thing for Ork super-heavies.

Next up we shall look at the good and bad of the new rules.

The Emperor Protects
With more sixes than ones 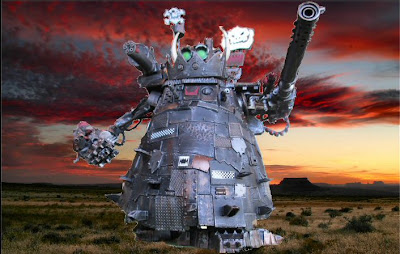 With the new Apocalypse comes the scramble to make old units compatible. This Sunday we are going to have our first official Apocalypse battle, so I needed to get the Ork heavy metal into line.  Stompas went up in price by good bit, so using some voodoo math and a touch of "that seems right", here are the stats for my two Stompas.

First up is what I wanted to be a heavy command unit. As tricked out as a Mekboy stompa, just geared in a different way. A Flamestorm cannon from a Baal Predator replaces the twin-linked big shoota on the Mega Choppa arm and makes a great Flame Belcha. A pair of nice big Gaze of Mork eyes round out the monster. 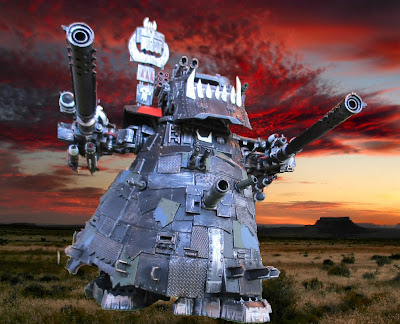 Posted by Marcus the Blackheart at 5:23 PM No comments: