All Aboard the Hype Train! 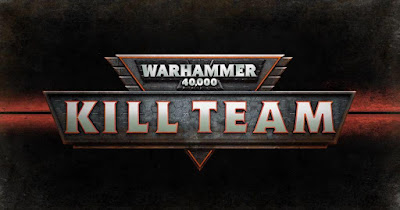 Yes, that includes me. I have gone from, 'Oh, a new version of the Kill Team sub-rules set, neat?" to "Emperor's Teeth! Why aren't I playing this yet!" Everything I have seen about the 2018 Kill Team has gotten me excited to jump on board.

As the miniature gaming world continues its slow roll in favor of Skirmish games, GW has decided to get involved in a serious way. There is a lot to be said in favor of Skirmish games, They can be much faster playing games, much lower entry point in terms of models, (and real money) and a far smaller storage footprint. With smaller model count per Team it also lends itself very well to being able to field lots of different Teams from factions that I don't really want a full-fledged 40K sized army for.

40K kill Team is replacing Shadow Wars: Armageddon. Which was of course a re-do of Necromunda 1st edition, just with 'proper' 40k factions. It was a huge success, but the game system really showed its age. Now we will see what a modern version will do.

The light Role Playing Game elements to Kill Team is also a big draw for me. Seeing named characters level up, do awesome (or lame) feats on the battlefield, and the possibility of death will be a lot of fun. Almost harkens back to Olde Tyme Rogue Trader days, when 40K was a lite-RPG skirmish game...

I am hopeful that this game is really supported by GW post launch and does well. The possibilities beyond the (many) staring factions are quite intriguing, especially for narrative missions. Hmm, I am getting some ideas now. Oh yes, this is going to be good.

I will pick up a copy of Kill Team in the next day or so and there will be many ramblings about it.

Posted by Marcus the Blackheart at 10:53 AM No comments:

Wind, Fire, All That Kind of Thing! 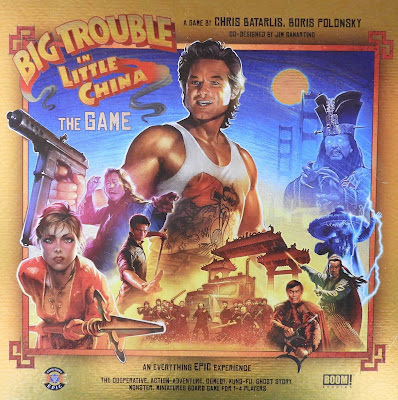 The Big trouble in Little China board game is here! By Everything Epic Games it is a 1-4 player co-op where the players assume the roles of the heroes from the iconic 1986 movie to adventure in Little China and stop the cursed man/demon Lo Pan!

The game comes with a bunch of well sculpted miniatures, loads of tokens and cards, custom dice, and a beautiful doubled sided game board. The game is played in two acts, the first one set in the streets of Chinatown, where the players must accomplish quests and work to level up their characters before the Big Trouble timer reaches the end and the game goes to Act II, when they descend into Lo Pan's lair to face him and his minions. 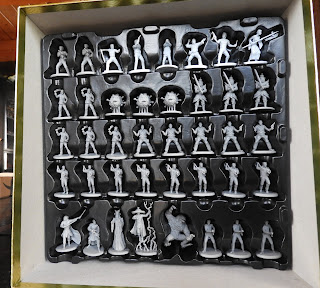 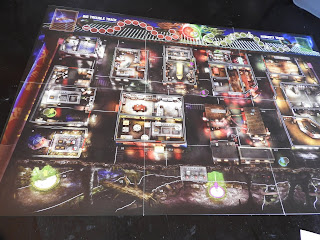 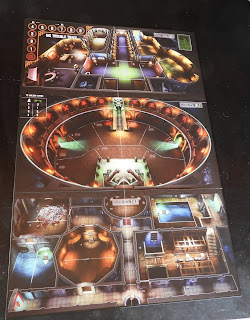 We have only give this game a quick stumble-through of Act I, but I found the game flow to be fast and clean once you get the hang of it. The learning curve is shallow and will be a cinch to teach to new players. The game is an absolute love letter to the movie and gets the 'feel' of the characters right. As one of my favorite movies, this is a huge relief.

I will post a complete play through up next week.

Go Roll Some Dice
Terrific, a six-demon bag. Sensational. What's in it?

Posted by Marcus the Blackheart at 10:21 AM No comments: