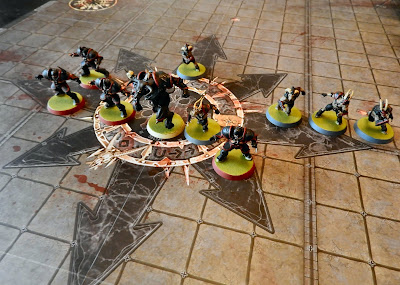 As I was waiting for Kill Team to arrive, I finished up my Chaos Team for Blood Bowl: The Blackgate Nomads! On their fancy new home pitch to boot.

Long ago, in the distant past (early 1990s) The Nomads were the first Blood Bowl team I made and took into a league. I think I managed to win two games and not finish last. The team was made up of found and borrowed figures, mostly just primed black, and a few missing limbs. Damn you soft lead!

Using the new plastic box set and the Minotaur from Forge World, the Nomads have at long last taken the field finished* and fully painted. With the help of the Dark Powers, I hope to win more than two games. No promises. 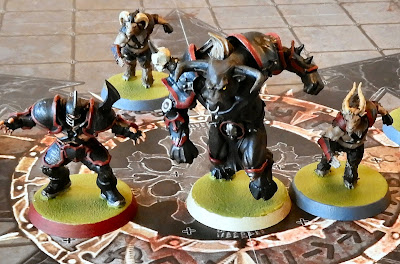 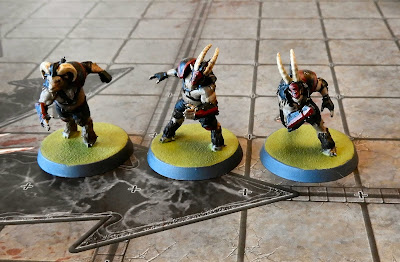 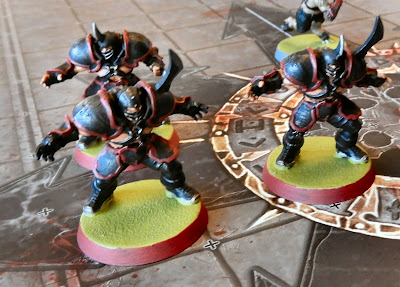 *Not quite totally finished, they need Player Numbers and some Chaos decals.

Next up: Kill Team, and lots of it.


Go Roll Some Dice
And Take a Few Heads While You Are At It.


Posted by Marcus the Blackheart at 12:10 PM No comments: