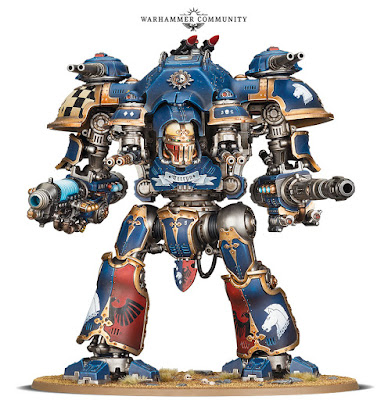 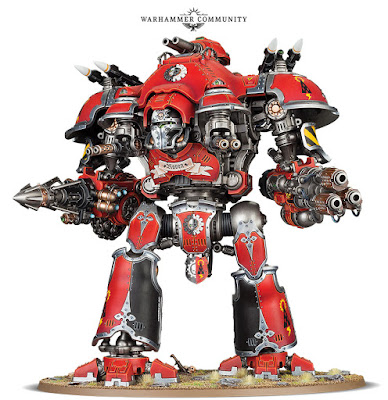 The pict-captures of the two Dominus-class Knight variants have finally been revealed! The Castellan (top) and the Valiant (lower). It seems the Valiant is more geared to close (Melta) ranged combat and the Castellan is a long range slugger. 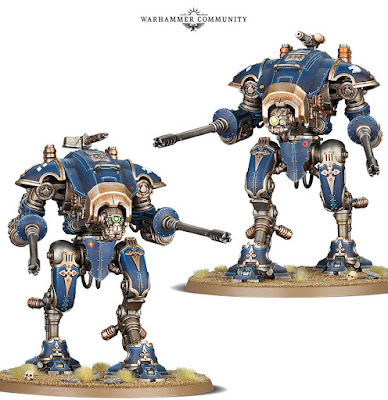 Also the secondary configuration for the Armiger, the Helverins, has been shown. As was expected it is an all guns loadout. 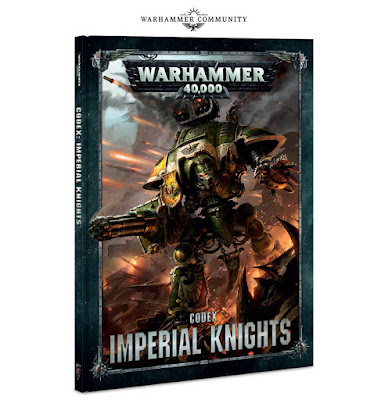 Of course the Codex itself and a box of Datacards will be part of the release. Also some Knight dice, Datasheets Cards, and some kind of new combi-measuring gage thing as well. Plus a re-release edition of the Imperial Knights Renegade boxed game, with new terrain.

Intriguingly, a new terrain piece just for the Knights:

"The Sacristan Forgeshrine is a battlefield repair-and-reload station that’s a great choice in any Imperial Knights army. Used defensively, you’ll be able to keep your Knights in the fight for longer. Used offensively, you can ensure that your weapons with a random number of shots (like the volcano lance wielded by the new Knight Castellan) always perform at maximum effectiveness repair-and-reload station" 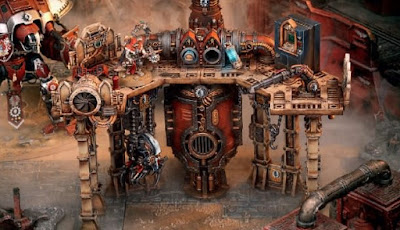 All of this plus the new Knight Character, Sir Hekhtur, who was mentioned last week. This is shaping up to be a very exciting release for the Knights. 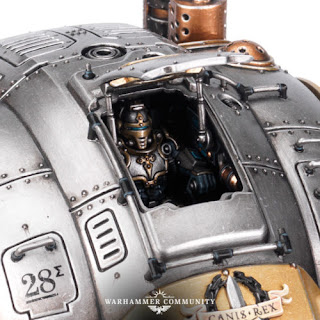 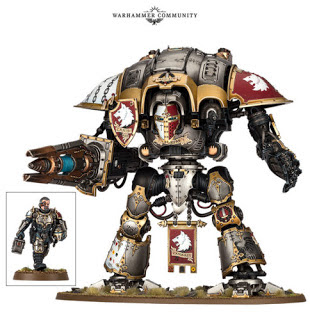 We Walk the Road of Swords
With Big Plastic Robots

Posted by Marcus the Blackheart at 11:00 AM 3 comments:

I'm not going rebroadcast all the news, but this is near and dear to me. The first Games Workshop game I played (and bought into) is making a comeback. This time in a slightly bigger scale, and in all plastic, to start with.

I can't wait to see some actual photos of the titans on the field, or a rules example.  The wait won't be very long because the release is set for August.

Of course the is also a PC game coming very soon: 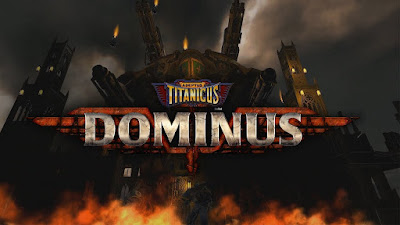 Posted by Marcus the Blackheart at 9:14 AM No comments: 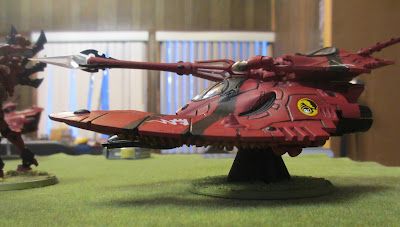 How many times has this happened to you? Your Eldar Grav-Tanks are happily zipping across the table and then... 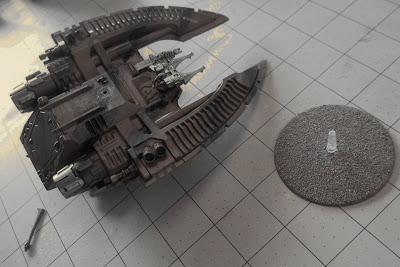 Tragedy strikes! Those tiny flights stand are fine (kinda) for Vypers and other lesser races skimmers, but for a hefty Falcon-Type it is just an accident waiting to happen!  But not any more!

As part of my fixing up Mrs. Blackheart's cheesy overpowered  Eldar, I was tired of repairing/replacing/drilling out those damn flimsy flight pegs for the umpteenth time.

So after calmy describing my frustration with the issue, she helpfully and not unexpectedly, suggested we make a new base with the 3D printer servitor. She quickly drafted up a base and printed out a prototype. A few small changers and she cranked out eight for all her Grav-Tanks. She even made a new stand for her ancient Armorcast Tempest Super Heavy. 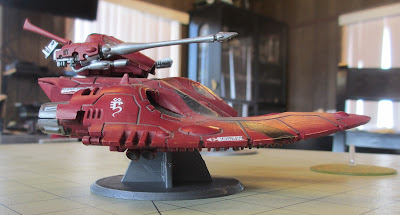 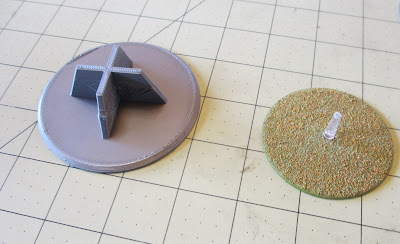 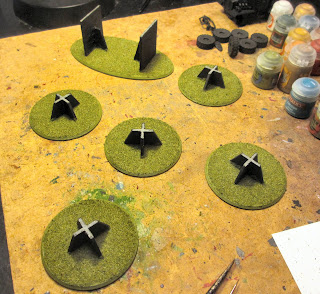 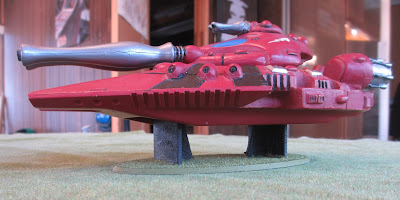 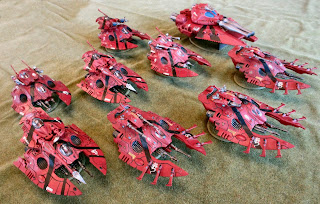 Each Falcon stand took about 45 minutes to print, and used a small amount of material to make.

The end result is rock-solid stability for her tanks, and no more worry about the stands breaking off during the game. My Tau tanks will receive a similar treatment when I get to refreshing that army in a bit.

All Shall Fall Before the Swordwind
With a Little Redesign

Posted by Marcus the Blackheart at 10:26 AM 3 comments:


Well this was unexpected! Some kind of skirmish board game? I'm going to go ahead and wildly speculate that it is some kind of Nurgle infestation/Daemon incursion on a Rogue Trader's starship.
I'm sure we will get more info (on all kinds of GW fun) this weekend from Warhammer Fest.

Break Out the Laser Disco Ball!
And Keep The Gellar Fields Charged


Posted by Marcus the Blackheart at 5:19 PM No comments: