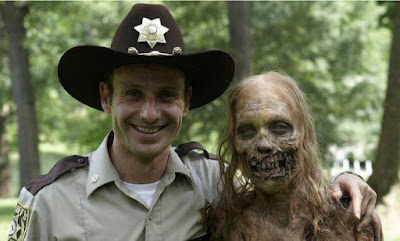 From the Mantic Games Facebook Page: "Well, we're pleased to announce the winner of the unboxing video is Atomic Warlords"

Thank you to all who watched the video! And a big Thank You to Mantic Games!

I will have a gameplay post up soon-ish. Right after the Warlord Titan is finished...

Go Roll Some Dice
Happy Zombie Hunting
Posted by Marcus the Blackheart at 8:53 AM 2 comments: 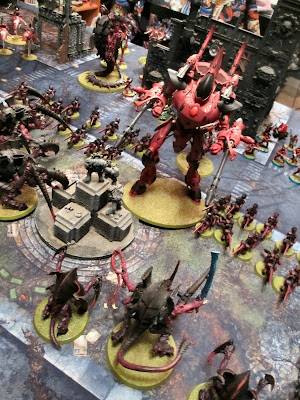 A few weeks ago I received a nice bit of intel from Warlord Pete about a sale at Frontlines Games, makers of a wide range of fine gaming mats. The discount was very good, and as luck would have it, they are located here in San Diego. I picked the last Urban Combat mat in stock. We tried out a game on it right away. 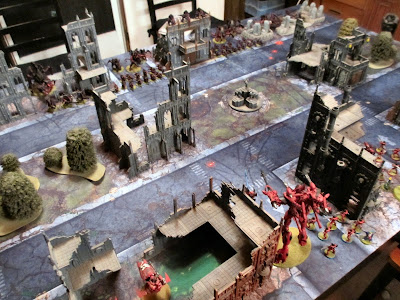 2K, Tyranids vs Eldar. The mat has multiple deployment zones subtlety marked on them. It is made from a sturdy neoprene and rolls up nicely into its own zippered nylon storage tube. 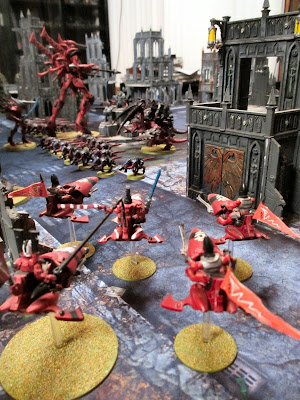 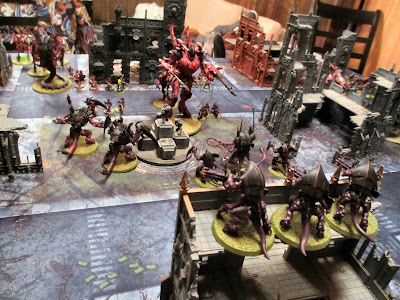 It was a good game, I had always wanted to kill a Wraithknight with one hit from a Bone Sword, and I finally got my chance. Mrs. Blackheart was not amused at the loss of her Wraithknight. 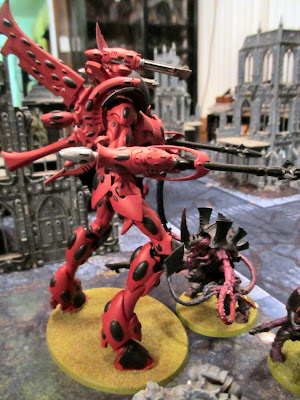 These photos don't do the mat justice, It looks even better in person. If you are in the market for a new gaming surface it would be hard to do better. Highly recommended. 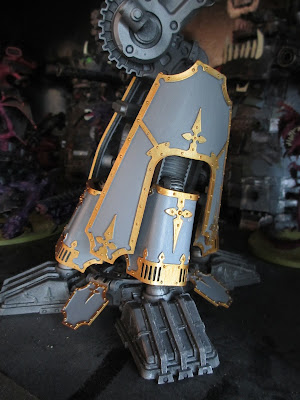 Lots of good progress has been made on on the mighty Warlord Titan. It will be a while before I will do anything that has gold trim on it again, but it does look nice. I finished painting up the armor plates, now some need decals before being attached. 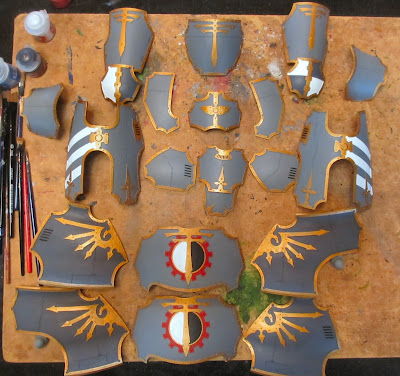 The torso is complete, I still have the head and guns to detail, then it will be on to final assembly and then some weathering. 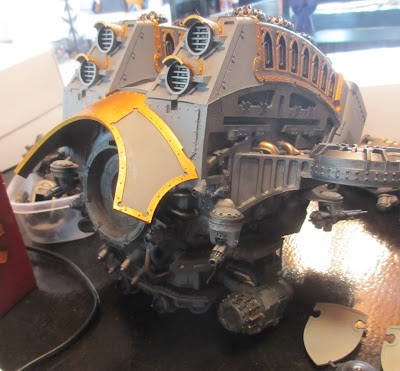 Today's Top Tip: Always keep your coffee mug and paint water a safe distance apart...
At least I noticed right after I infused my drink with gold paint. Which just proved I needed more caffeine. Next up: Battle report with a fancy new game mat!

Trust In The Machine God
I Need a Coffee Servitor

Posted by Marcus the Blackheart at 12:29 PM 5 comments:

This Far, No Further 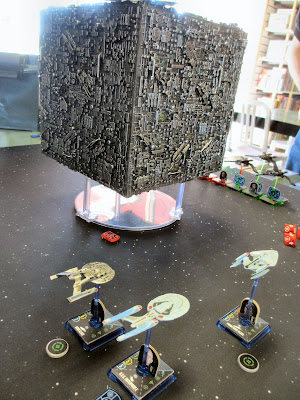 Happy Veterans Day to all my fellow Vets. The work on My Warlord goes slowly now that I am in the painting stage. So many small pipes, and I haven't even gotten to the gold trim. Which I know is going to...challenge my persistence. New Pics next week.

I recently played a four player Star trek Attack Wing mission, First Contact. Each player brings a 120 point squadron and together they must stop the Borg Cube, which is run by a deck of cards.

I brought three Federation heavies, Enterprise E, Thunderchild, and Prometheus. There was another Fed player (Defiant, Hood, and Yeager), a Klingon (3x Vor'Cha) and a Romulan (3x Reman Warbirds).

The Borg attacks can be devastating. Normally it will make four attacks, one each at the closest ships.  The attack strength is determined by the action card that is drawn for the Cube each turn, usually between 6-8, with a 10 in there for fun. Some cards change up who gets attacked, and sometimes everyone get attacked. Once the Cube's shields are knocked down the Borg Sphere is launched and heads toward the edge of the table. If it exits the players all lose, as history is changed and all is Borg. 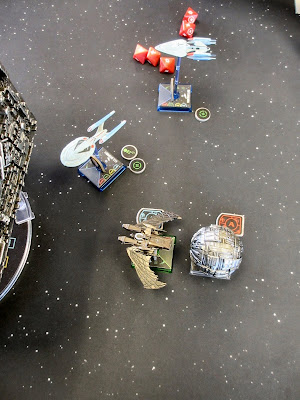 We did really well. That is, until we lost four ships in one turn. The Sphere was stopped short of the map edge, but all the Romulans went with it. All three Klingon ships went out in a blaze of point-blank glory, but did a huge amount of damage.

It came down to the wire. On the second to last turn, the Hood, Defiant, and the last Klingon were blown away, and the Prometheus reduced to two hull points. Good dice favored me next turn and the Enterprise did just enough damage to finish off the Cube. 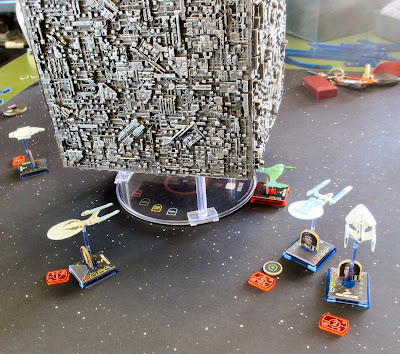 It is a fun mission, but I feel it could use some tweaks. Like the Borg Cube doesn't move at all, and a bit more variety in who it attacks, and maybe some special attacks as well. I'll write up a revised mission and post it here later.


Go Roll Some Dice
And Don't Forget When You Are Cloaked

Posted by Marcus the Blackheart at 1:52 PM No comments: