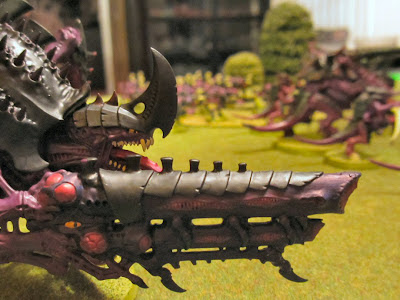 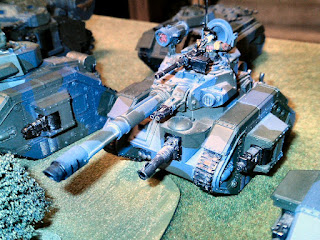 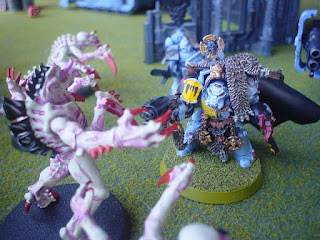 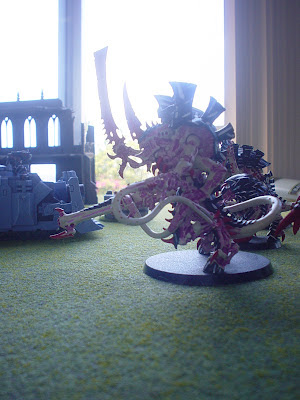 The final battles of the Non-Powered Armor League is this weekend and the countdown to Carnage-Asada '12 has begun! This years Apocalyptic battle will kick off a Second War for Armageddon mini-campaign. 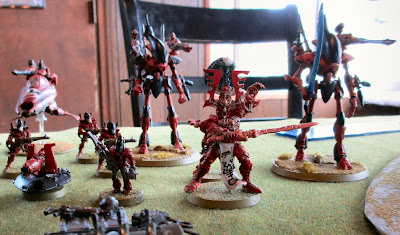 On her last battle of this league, Gillian restructured her list and sacked the under-performing Farseer and his Warlock buddies. The very angry Avatar was tapped to lead the Craftworld in a battle against their dark kin.

The Round four mission was Seize Ground, with five objectives. Mrs. Blackheart's Eldar got the initiative and never let it go. The Avatar and the pair of Wraithlords cut a bloody swath through the Dark Eldar ending with a Major Victory for the Craftworld. 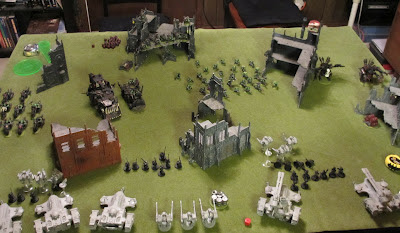 Then came the Orks versus Tau. The Orks cunnin' tactic of a headlong charge into the center of the enemy worked surprisingly well due to the fact the Tau gunners could not hit the broadside of a Battlewagon with a whole squad of Broadsides. Matt's dice displayed their complete hatred for him and the game went south for the Tau very swiftly. Gork (or possibly Mork) is still favoring my army. Ork Massacre.

Round Five is the last battle and it will see Tau versus Dark Eldar and The Tyranid slug it out with the Orks.

Posted by Marcus the Blackheart at 7:38 PM No comments: