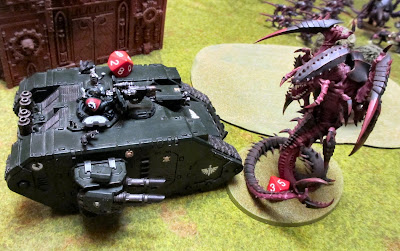 Sorry for the delay, but I had some...issues with Blogger. Now where was I?
Oh yes, Shooting Phase! The shooty-ist phase in the game.

Shooting is flat out better. Whole squads don't have to all shoot at the same target anymore (again). This is a huge win for the flexible squad, like Imperial Guard or Space Marines. My Dreadnought had a great time; Assault Cannon at the Genestealers, Heavy Flamer the Lictor, and charge the Carnifex, all in the same turn.  All tank-like vehicles benefit hugely as well. Oddly less gamey and more fluffy.

Hit modifiers now apply, but not very many. You want to move and fire a heavy weapon? That will be -1. Shooting at somebody in cover? -1. All quick, easy, and makes sense.

The new "To Wound" table is also a very nice change. Everything can (potentially) wound anything else is fun and good for balance. Vehicles having Toughness instead of Armor value works far better than I thought it would.

One small change I didn't notice until their first time shooting, is Storm Bolters are now Rapid Fire (2) instead of assault, which makes for 4 shots at 12" or closer. Very nice. 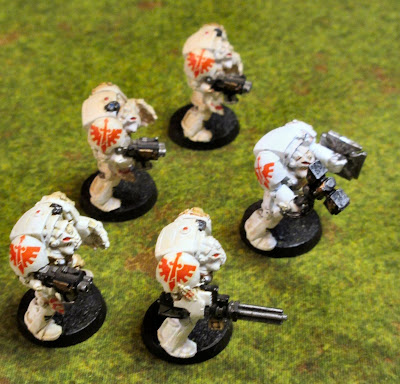 Charge Phase is short and sweet, and not much different from before. Overwatch got a minor tweak, as a unit can fire multiple times as long as no enemy is within 1", and all units get overwatch now.

The within 1" of an enemy rule is a nice constant throughout the ruleset. A good example of the little things that make this a much cleaner version of 40K. 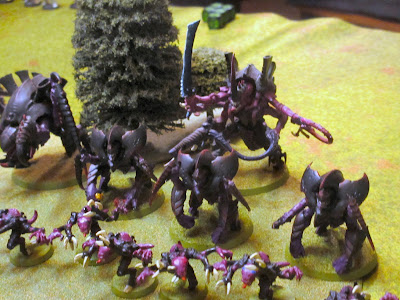 The Fight Phase I actually had a small bit of trouble adjusting to. We were so used to a rather complex hand to hand sequence (Initiative sub-phasing, how many melee weapons, etc.) that it took a few tries to see the new flow correctly. It is much faster, with less fiddly modifiers. Being able to leave close combat at the cost of shooting is a nice touch. 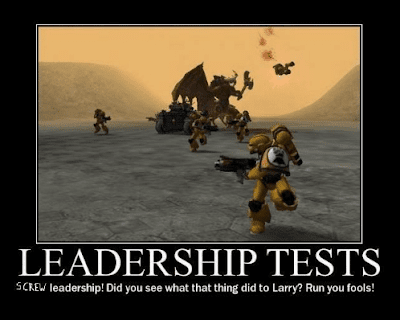 Morale Phase. Face it, most of us either forgot, ignored, or had lots of troops that were immune to Morale Tests. Not anymore! Taking one test for any unit that took losses is fun, easy, and can make a huge impact on the battle. You do have to track casualties, but that is easily achieved by leaving the dead guys knocked over on the table.


Conclusion: Obviously I really like this New 40K. It plays faster and easier. Overall it feels more like what 40k units are supposed to do. I'll yap about Command Points, Army Building, and other usch stuff soon.


The Emperor Protects
But Sometimes Warp Storms Affect Blogs Too 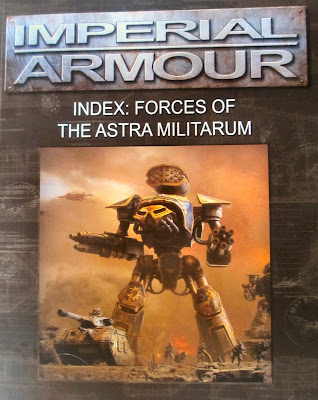 I received two new Imperial Armour books this morning, Astra Militarum and Xenos. Slim softcovers that have Datasheets for all of the Forge World fun for 8th. Aside from the Guard, there is Death Korps, Elysian Drop troopers, Knight and Renegades. Oh, and Titans. 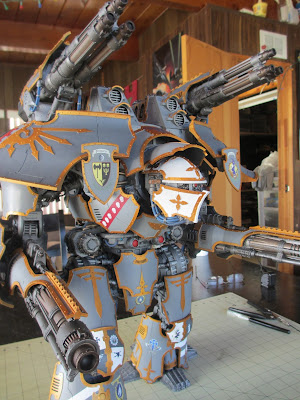 70. Wounds. The Warlord Titan has 70. Toughness 16 with a 2+ save. Void Shields now work as a straight up invulnerable save (that also block Mortal Wounds), that gets worse as the God machine takes damage. The big Guns do a bit of damage as well. 200 Power Level or just 4,000 points. 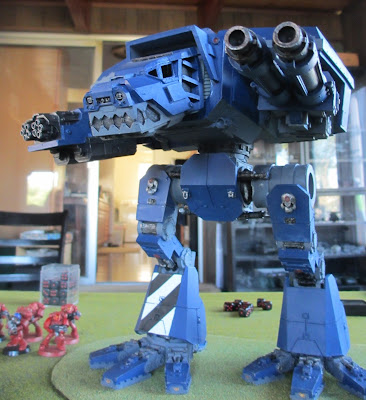 The Warhound is still a beast, but can just about be reasonably used in a game. A mere 35 wounds at Toughness 9 with a a 3+ save. For only 75 PL or 1,500 points. I'm going to repaint mine real soon. 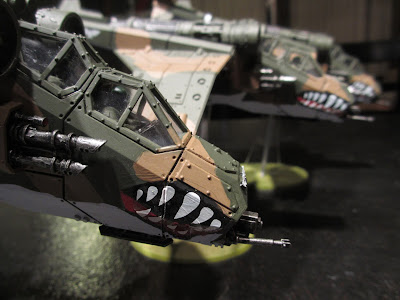 The Valkyrie Vendetta Gunship is now even more dangerous with its six Lascannons plus the door gunners can shoot at separate targets. The transport ability has gone back to 12 troops again. Death from above indeed.

Now I will go and have a look at the Eldar and Tyranid toys...


Death Comes in Many Forms
But Resin is Very Deadly

Posted by Marcus the Blackheart at 5:24 PM No comments: