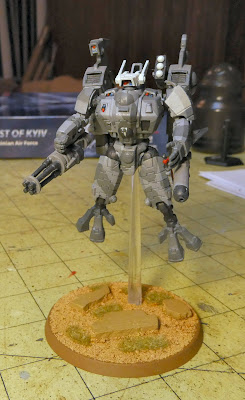 I'm a bit top heavy with HQ choices for my Tau, but that is okay.  Commanders in Crisis and Enforcer Suits and Hammerhead Leader Long Strike all got the repaint treatment. I decided that I really wanted a Commander in ColdStar Armor. It has much better stats from last Codex, and damn, it has serious anime vibes with all the flying fins. 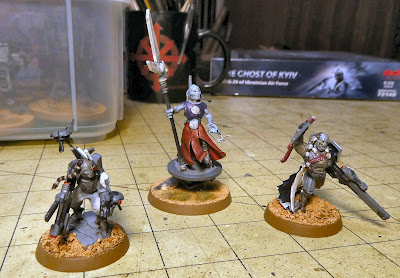 Still there was more! Three new plastics: Cadre Fireblade, Dark Strider, and an Ethereal on a hover Roomba. Whew. Now I think I'm covered for whatever kind of force I want to deploy.

I'm Pretty Sure the Ethereal in Named Lumbergh

Posted by Marcus the Blackheart at 10:30 AM