Ghost Wolves On The Bench

I'm in a build cycle at the moment. This time it is Space Wolves. I wanted to do an all Primaris army, I just needed to figure out who it would be. I was leaning towards Ultramarines for a bit, but I keep coming back to the Wolves. I have always been of fan of them, I dig the chapter's Techno-Viking character, and their paint scheme is cool as well. I have created some lore for my force:

The company was part of the Unnumbered Sons force sent out to reinforce the Space Wolves. They met up with a scout detachment of Ragnar's Company and were quickly inducted. They have been given the nickname, Ghost Wolves,  by the Imperial Forces they fight alongside with. Currently they fight as a all-primaris force, but that will change later as more of Ragnar's forces arrive in system. 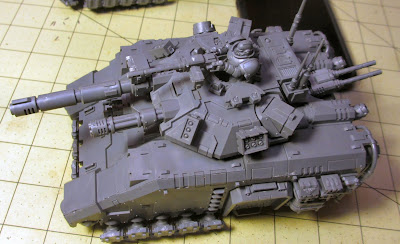 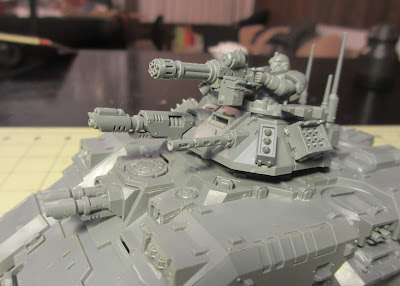 Some people really hate on the new grav-panzers, but I love them. They have a cleaner high-tech look to them, but still have that over-the-top 40K load of weapons.

I have a Wolf Lord to customize and a squad of Intercessors yet to build. More pics soon!

Posted by Marcus the Blackheart at 11:55 PM